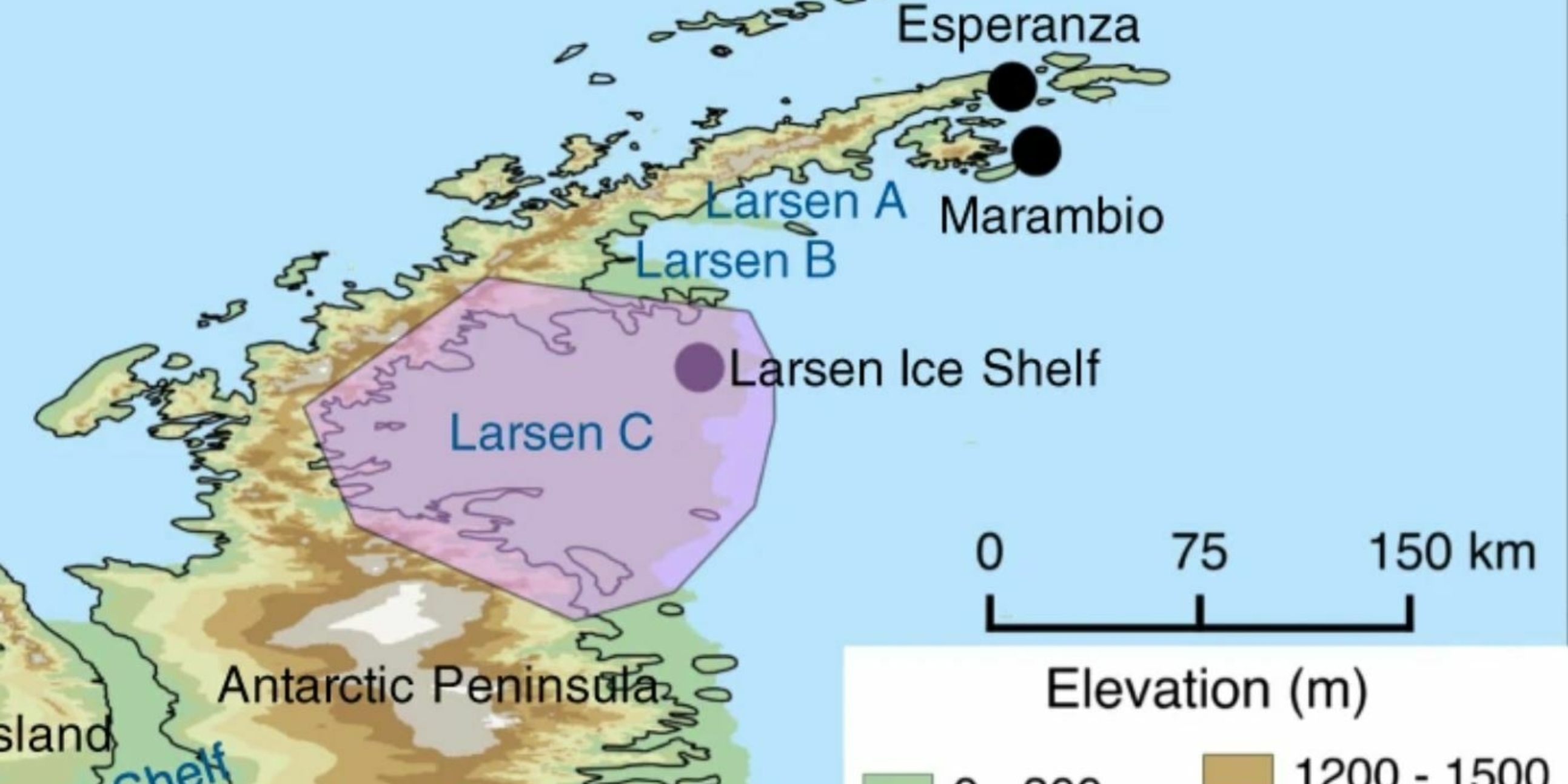 A train of atmospheric events that starts near New Zealand has been linked to record melting of ice shelves in the Antarctic.

New research in Nature Communications shows intense tropical thunderstorms near Fiji, triggered by strong cold fronts that have moved north from New Zealand, can in summer generate an atmospheric river of warm, moist air that flows across the South Pacific Ocean towards the Antarctic Peninsula.

This air then rises as it passes across the mountainous peninsula and descends as a warm and dry föhn wind on the eastern side, leading to extreme high temperatures and ice-shelf melt, says meteorologist Dr Kyle Clem, from Te Herenga Waka—Victoria University of Wellington.

The research, which Dr Clem led, found the two highest temperatures ever observed in Antarctica coincided with record levels of surface melt on the Larsen C Ice Shelf. These temperatures were 17.5ºC on 24 March 2015 and 18.3ºC on 6 February 2020 at the Esperanza station on the peninsula.

Dr Clem says it had generally been assumed that ozone depletion, and the ozone hole, had been responsible for strengthening the westerly winds and enhancing warming on the eastern side of the peninsula, leading to the collapse of the Larsen A and B ice shelves further north.

“We have shown that may not necessarily be the case and that there is another mechanism which may help us predict what might happen with the Larsen C ice shelf.”

Victoria University has profiled the research, which was supported by The Antarctic Science Platform and the Marsden Fund; read more here.

Kyle was interviewed by 1 News, 2’09’’, and the story was also covered by the NZ Herald and Sydney Morning Herald.