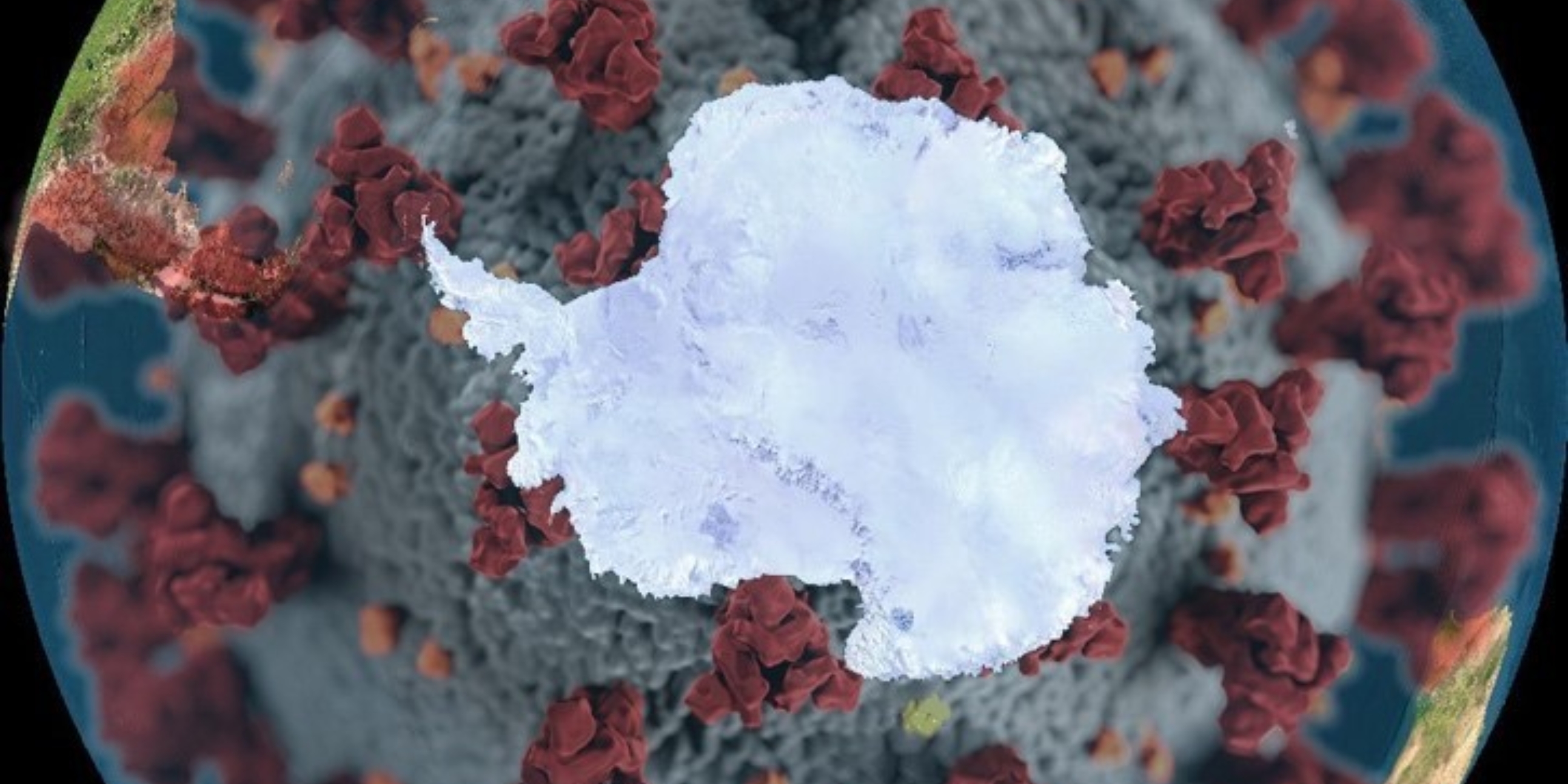 The existential threat of climate change received a lot of attention from governments in 2019. The European Union declared a climate emergency, as did many national and regional governments around the world[1], and the World Economic Forum declared climate change the greatest threat facing the planet[2]. This increasing political recognition of the urgency of climate change was driven by a growing global movement calling for climate action. Swedish schoolgirl Greta Thunberg gained international recognition for her leadership. Youth-led movements organised large demonstrations in hundreds of cities around the world, forcing politicians to take the climate crisis more seriously. In 2020, however, the COVID-19 pandemic halted much of this momentum. Although COVID-19 has had enormous global impact, the climate crisis still remains the biggest existential threat to humanity and life on Earth. With the overwhelming political focus on responding to coronavirus, the urgent action that is needed on climate change risks being delayed even further. Despite this, periods of disruption create opportunities for long-term change, and our response to COVID-19 could also have enormous benefits for how we deal with climate change[3].

At the current rate of global carbon emissions we will be at 1.5°C of global warming in ten years, and 2°C in 20 years[4]– the target set by the United Nations Paris Climate Agreement for avoiding catastrophic warming[5]. When this happens, 800 million people will be threatened by high tide flooding and a further 1 billion people, who rely on snow and ice towers in the Himalaya and Hindu Kush, will have their supply of fresh water depleted[6]. By 2050, fifteen million Bangladeshi people will be impacted by sea-level rise and flooding. The scale of human migration will dwarf the Syrian refugee crisis, which contributed to major political disruption and the rise of far-right movements in Europe. It has been estimated in a recent study by Imperial College of London, and the prestigious medical journal The Lancet, that Coronavirus unchecked has the potential to kill 40 million people world-wide[7]. Well over one million are already dead. These numbers are unthinkable, but they will be overwhelmed by the deaths that are predicted from climate change by the end of this century.

So is there a win-win outcome here? By tackling Coronavirus and rebuilding from the economic fallout of the pandemic, can we also improve environmental and social outcomes? The global pandemic shows just how interconnected the world is, but the response by many nations requires them to circle the wagons and close the borders in order to control the pandemic. One consequence of this is that it may threaten multilateralism and slow down efforts to mitigate other shared global risks, including climate change. New Zealand’s climate change Minister James Shaw has argued that COVID-19 could severely set back our already lagging progress towards the Paris Climate Target[8], a goal that New Zealand is now aligned with since enacting legislation in late 2019 to be net carbon zero by 2050[9]. To make matters worse the global oil price is low with supply outstripping demand. Fossil fuels will remain an attractive energy source as economies rebuild from the pandemic. 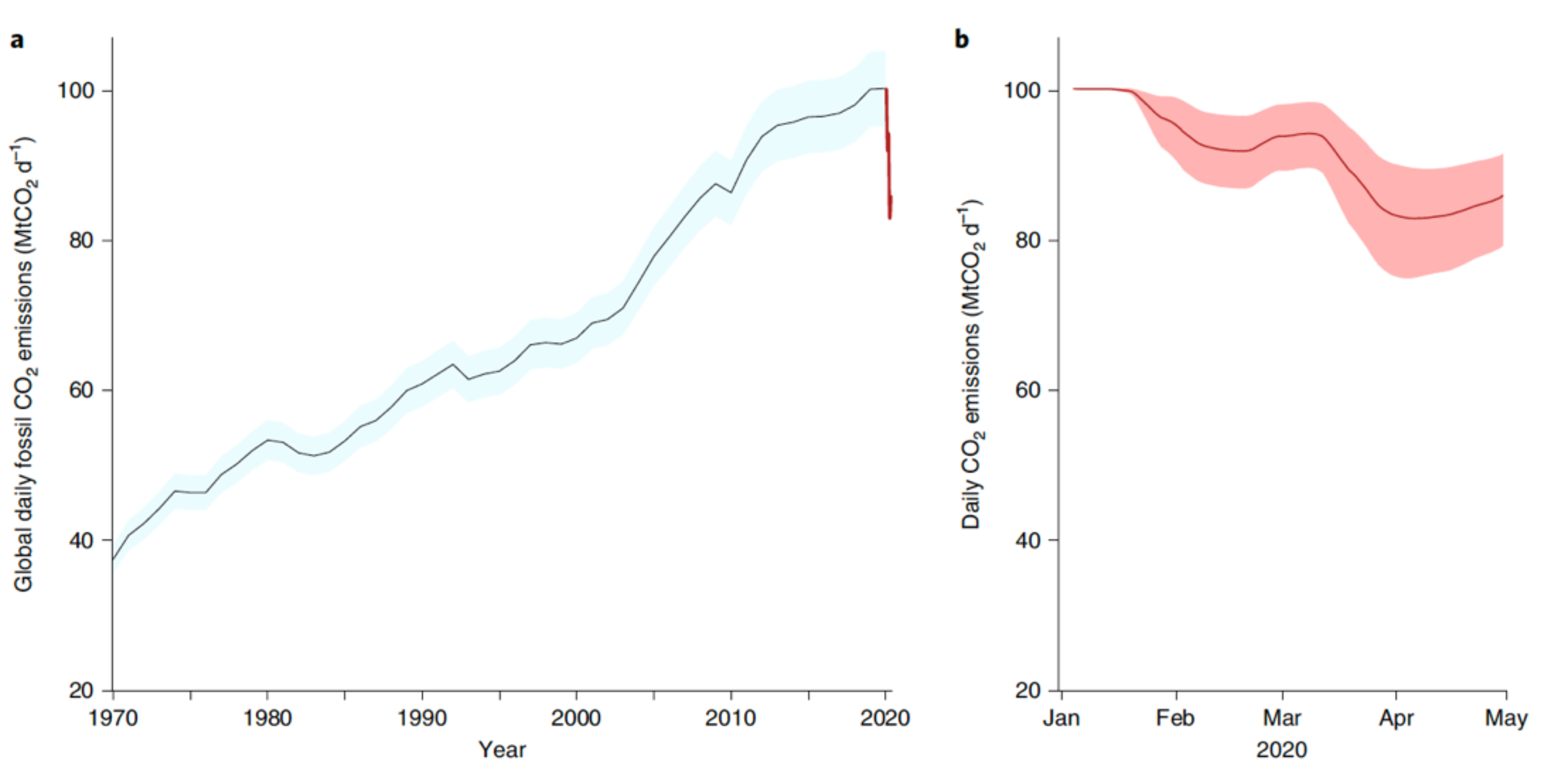 But there are also benefits for our climate response. The reduction in global emissions during 2020 could end up being as much as 8% as a consequence of coronavirus restrictions and enforced lifestyle changes, according to recent studies published in Nature(Fig. 1). At this annual rate of emissions reduction the world could achieve the Paris climate target in 20 years. Most of these reductions come from temporary changes, and no-one would want the hardship of being in isolation for 20 years. However, we have shown as a global community that we can combat a common threat and that rapid social transformation is possible within a very short time-frame. So what if key policy changes could get economies moving again, take advantage of what we've learned, and set us up for the next big global crisis – climate change? And what if some of the enormous amount of financial stimulus that has already been injected into the global economy – around eight trillion dollars in just over ten weeks – was used strategically on infrastructure to build back better to a more sustainable world? From an economic perspective, the costs of not acting swiftly to address the growing impacts of climate change far outweigh the cost of investing in our future. Possible pathways include: [11]

Unlike a pandemic, greenhouse gases cannot be stopped at the border, and global cooperation will always be essential in tackling climate change. In the current circumstances, however, taking a local or a national approach that moves us towards a more sustainable socially-equitable future will allow us to collectively achieve the global climate goal. New Zealand’s newly-formed climate change commission[12]will be critical in providing pathways to decarbonising our economy as the New Zealand government invests billions of dollars into rebuilding. The convergence of the climate crisis and the post-COVID economic recovery is a massive one-off opportunity for New Zealand and the world, but bold and deliberate policy action is needed to take advantage of it. Here, New Zealand could lead the rest of the world to invest in our future.