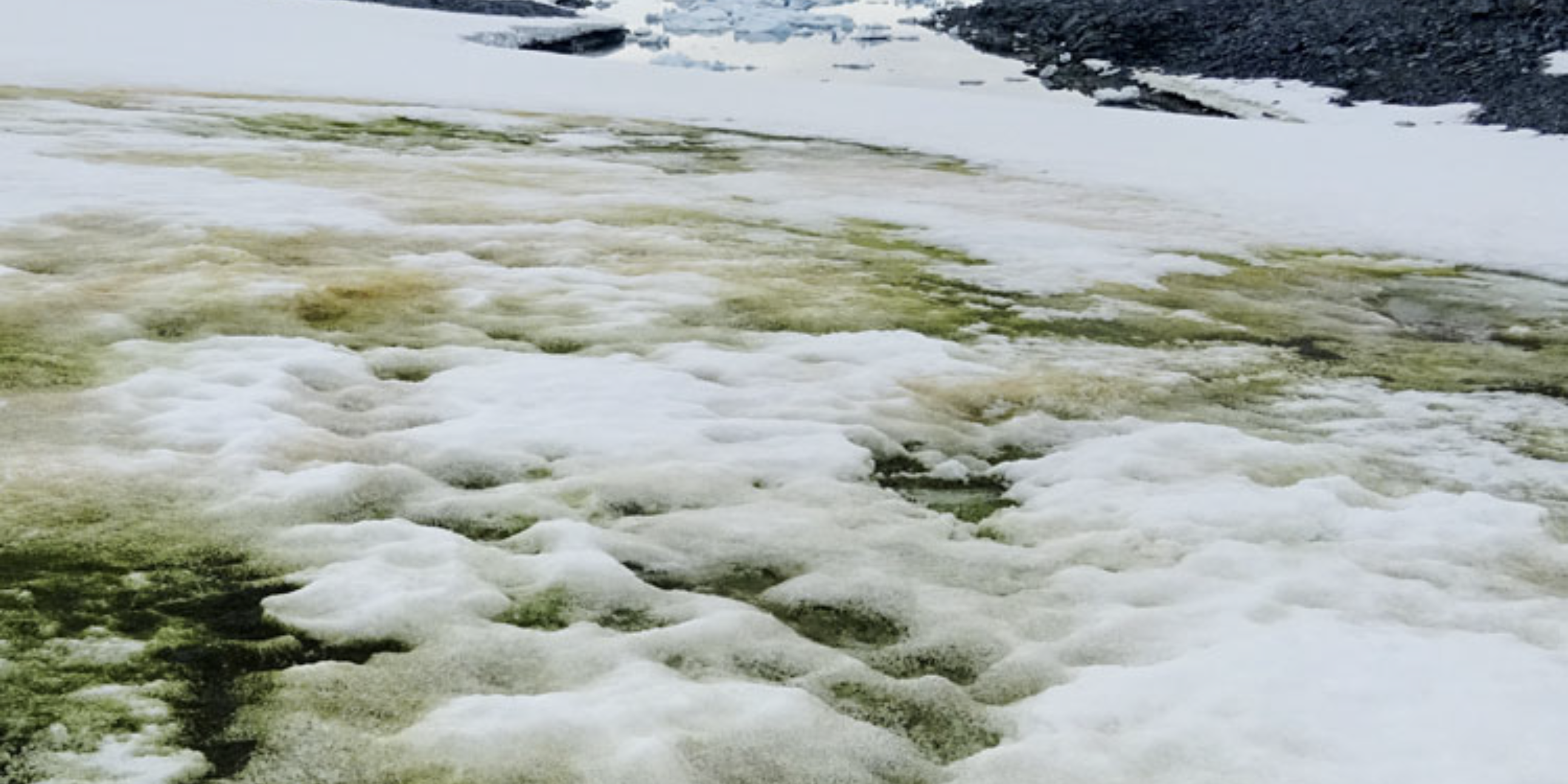 Climate change is causing major and sometimes dramatic changes to Antarctic ecosystems and landscapes. Earlier in 2020, several news outlets ran stories about Antarctica turning green, accompanied by striking imagery. The stories were based on a recent publication from the UK which found that snow algae – a group of algae that live in snow and turn it green – may be increasing in the Antarctic Peninsula as the continent warms. There have been similar reports of increased algal growth on the Greenland ice cap, along with concerns that this increased growth is promoting melting by darkening the ice and allowing it to absorb more heat from the sun. Snow algae are a good illustration of the complex changes that can happen in fragile ecosystems as climate change accelerates.

It is important to put the greening into perspective. Snow algae are not new to Antarctica (or other snowy regions). Red and green snow algae are widespread, and are part of a snow ecosystem of algae, fungi and bacteria that grow fast enough at zero degrees to form those dense patches of colour. Red snow algae, which also appeared in news stories in February about “spooky blood-snow,” accumulate pigments that act as sunscreens against too much sunlight and UV. The snow algal ecosystems exist in a “goldilocks” habitat: snow that is just exactly warm enough to generate liquid water, but not too warm so that all of the snow melts. Snow algae also needs nutrients to grow, and it gets these either from penguin guano or marine mammals, or from melting coastal snow (which in the Antarctic Peninsula picks up nutrients from the ocean). The authors of the recent paper emphasised that as the Antarctic Peninsula continues to warm, more and more habitat for snow algae will appear, and we can expect changes in ecosystem function that may be hard to predict.

Green Snow is a Visible Marker of Broader Changes.

Conditions for these types of snow algae ecosystems are exceedingly rare in the Ross Sea sector of Antarctica, and are unlikely to develop in the near future. It is just too cold. But the story raises some important issues that scientists from the Antarctic Science Platform are addressing.

Firstly, as Antarctica warms, meltwater habitats will expand. These are major oases of life in Antarctica. Even if snow algae do not grow there, liquid water provides a habitat for other species to take hold. What will move into these expanding habitats, and does this threaten native biodiversity? New Zealand teams are working with international colleagues to address this question. New meltwater habitats are similar to existing ones, and what we are seeing so far is the spreading of current communities rather than new species moving in. Our research indicates that the vulnerability of these ecosystems will increase when their habitats begin to undergo more substantial changes, rather than just increasing in size. These threshold changes could include the loss of year-round ice cover from water bodies, or sufficiently extended growing seasons which allow new species of terrestrial plants to gain a foothold. The Antarctic Science Platform’s Ecosystems Project is developing models that predict when such changes may occur and where new colonists could come from. 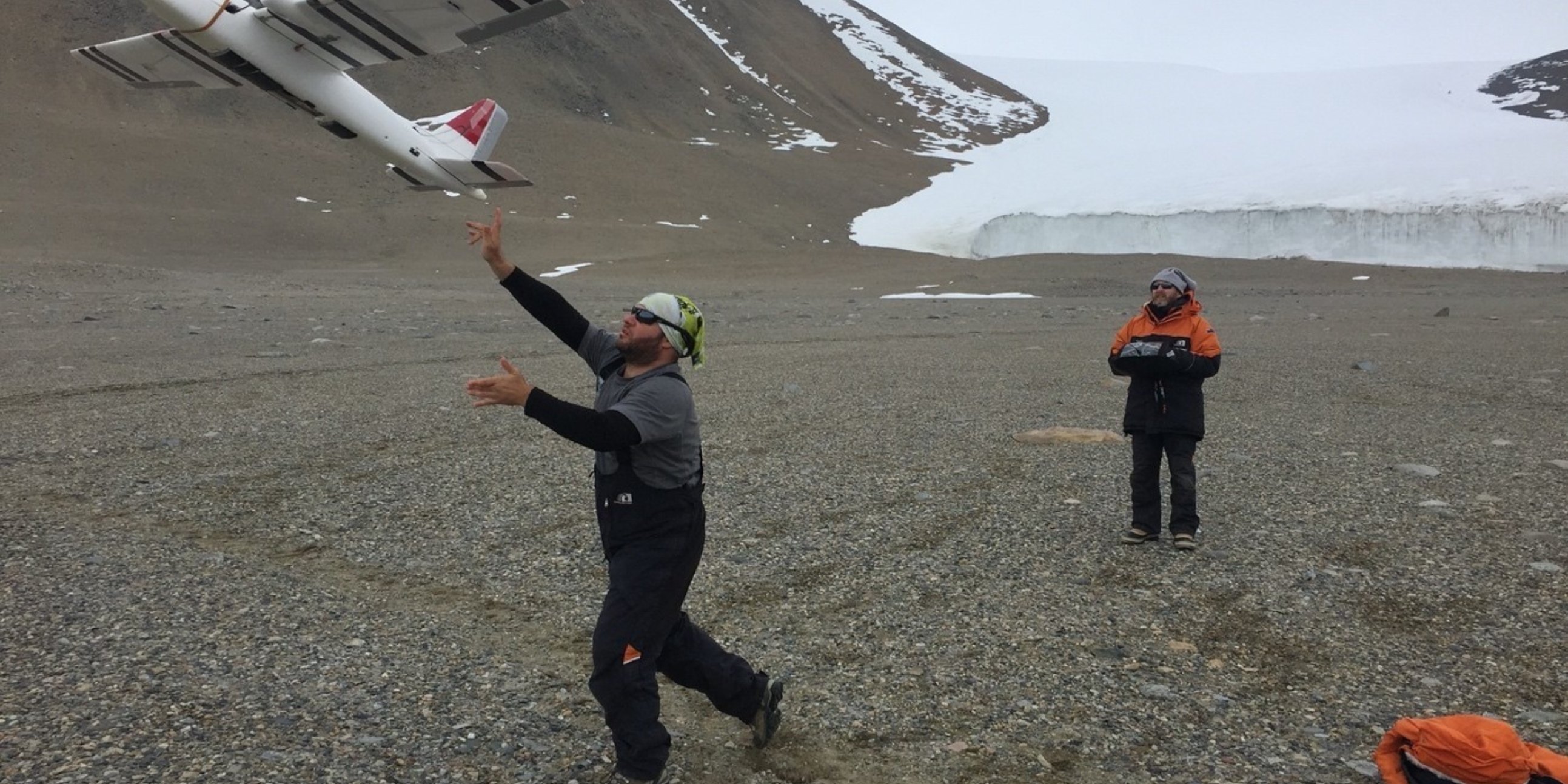 Secondly, we are becoming increasingly aware of the importance of discoloration of snow and ice in predicting where and how fast ice will melt. Darkening of snow and ice happens when wind-blown dust, not algae, settle on their surfaces. The darkened ice now acts as an effective absorber of solar radiation. We are seeing a relatively rapid rate of glacier melt in parts of the Ross Sea sector, and research indicates that dust is an important factor in speeding this up. Because of the increased melting and presence of liquid water, this new darkened ice may begin to support ice- and snow-algae too. There is a delicate balance between changing patterns of sunshine, dust, wind and whether ice melts or stays frozen. Improving our understanding of these dynamics is an important part of the Antarctic Science Platform’s research. Using advanced climate modelling and drone- and satellite-based technologies, our scientists are working to develop a much better ability to model glacier ice dynamics in a changing world – and the potential consequences for unique Antarctic organisms and ecosystems.