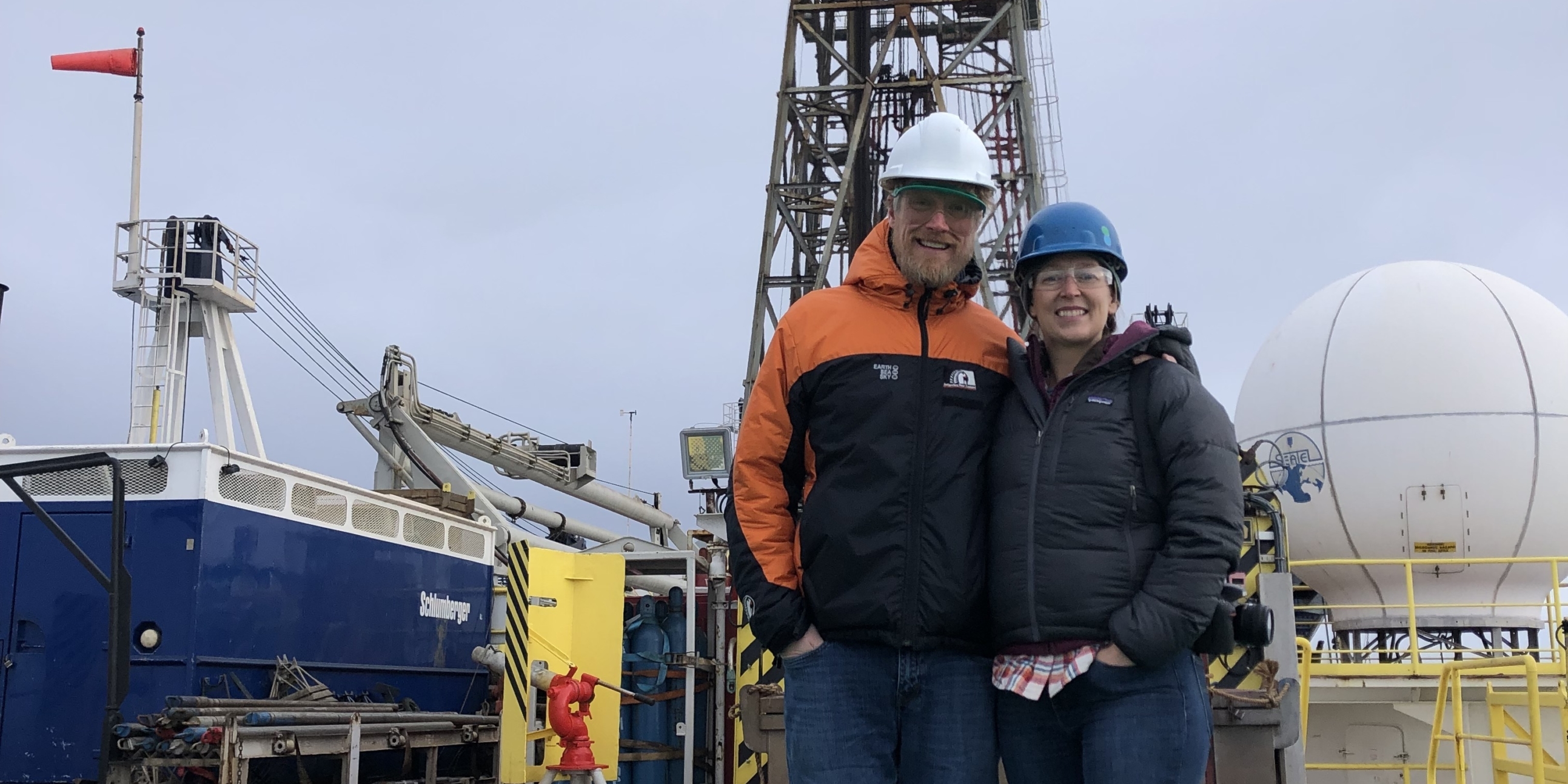 A Kiwi couple are on board a ship filled with international experts hoping to extract climate insights from below the seabed in the Southern Ocean.

The current voyage is focusing on seven different locations in the central south Pacific Ocean and off the coast of southern Chile. Scientists onboard are using special technology to drill down and gather core samples from the seabed, in some cases through water more than five kilometres deep.

Dr Riesselman says the overarching aim of the voyage is to figure out how ocean circulation behaved during past warmer climates, up to three million years ago.

“We’re especially interested in the Antarctic Circumpolar Current, which encircles Antarctica and plays a major role in determining how much CO2 stays in the atmosphere. By drilling into the sea floor, we can see how the flow of this current was different during past warm periods.

“Essentially, we’re hunting for a geological time that’s similar to the climate we expect at the end of the 21st century, so we can make better predictions of the future,” she says.

Dr Chris Moy says During the two-month expedition, sediment samples up to 9.6 metres long are drilled out of the seabed, reaching depths up to 500 metres below the sea floor.

“We hope to collect more than 5.5 kilometres of core over the course of our expedition, however winter weather in the stormy Southern Ocean is going to be our biggest challenge.

“The ship is a floating laboratory with all the equipment and expertise we need to make fundamental discoveries about the ancient ocean while we are at sea,” he says.

Scientists boarded the ship in Punta Arenas, Chile on the 21st of May and will return on the 20th of July.

A stroke of luck has seen the couple on the same voyage, as each applied separately in their areas of expertise.

“The amount of new knowledge these expeditions generate is amazing, it is urgent to get a handle on how the planet behaved during past warm periods so we can predict what we need to do to adapt,” says Riesselman.

The pair will be joining the upcoming Antarctica After Dark talks at the Christchurch Town Hall, on Monday the 17th of June via video link from the ship. They’ll be talking about the important research being carried out and life onboard.

The JOIDES Resolution is a research vessel that drills into the ocean floor to collect and study core samples. Data from the samples is used to better understand climate change, geology and the Earth’s history. The ship is part of the International Ocean Discovery Program, a partnership between 24 nations that has been exploring the sea floor since 1968. New Zealand joined IODP in 2008 through the Australia and New Zealand IODP Consortium.

More information about the voyage can be found here