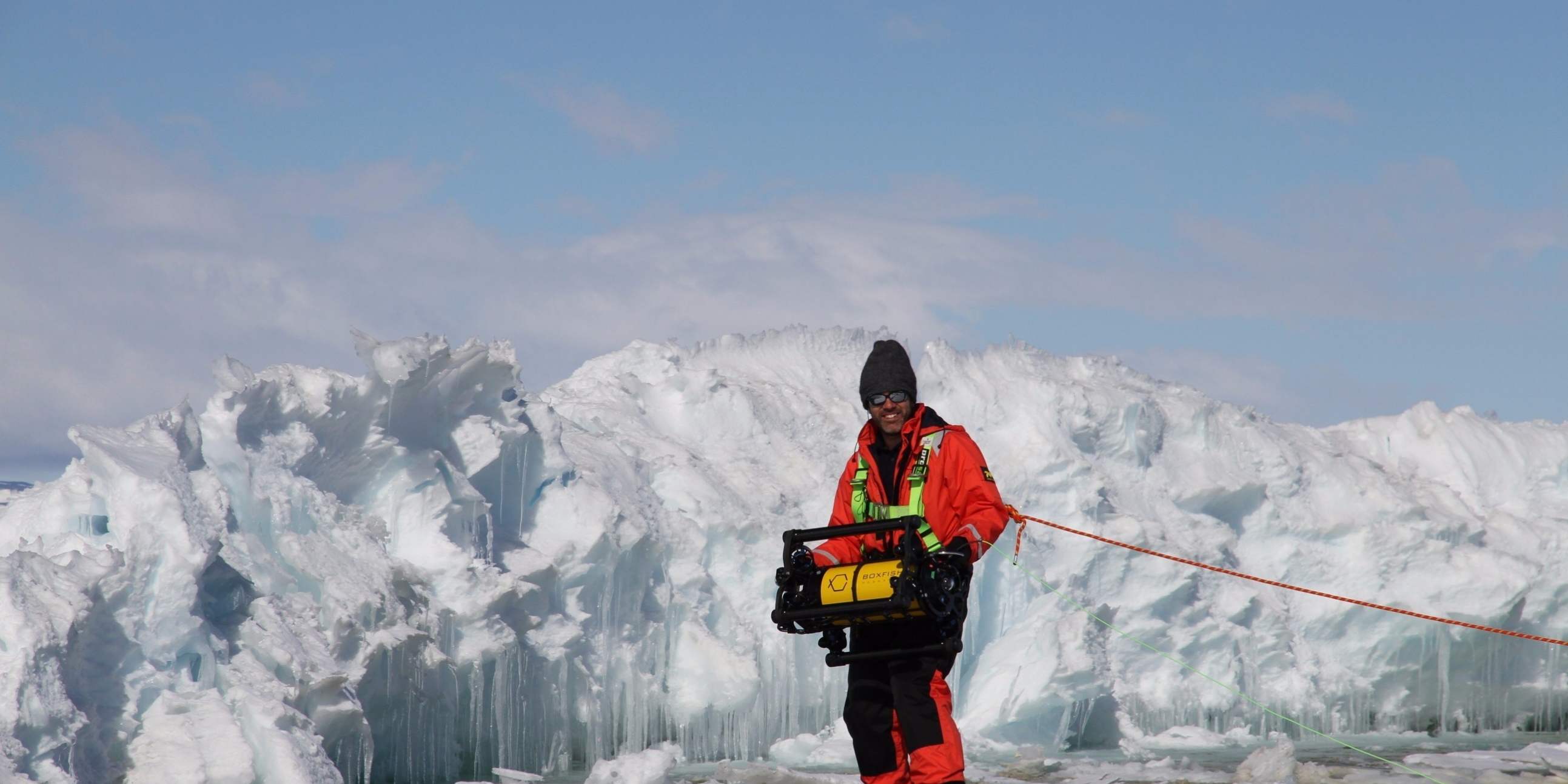 A piece of Kiwi technology being used to support Antarctic science has captured fascinating footage of life beneath the surface in McMurdo Sound.

This year, as part of her research into the Ross Sea region Marine Protected Area, Dr Regina Eisert partnered with Boxfish Research to study Type-C killer whales with a new kind of remotely operated vehicle (ROV).

The stunning footage is just a snippet of what was recorded during 21 hours underwater this season.

University of Canterbury marine mammal expert Dr Regina Eisert says the technology is a game changer for marine science, being safer and having a wider scope than scuba divers.

“Before this, I feel that my view of marine animals was quite biased, we would observe penguins waddling along and seals sleeping on the ice and whales on the surface, but they spend most of their lives in the water and this is the important stuff to see.

“We got confirmation of the overlap between penguins and Type-C killer whales, the ROV captured unconcerned penguins freely entering and exiting the water in the presence of theses whales, and being ignored by them” she says.

The Boxfish ROV carried out 15 dives, gathered 21 hours of footage and reached depths of 210 metres this season.

Boxfish Co-Founder Ben King travelled to Antarctica to drive the device and see how it would perform in the extreme cold.

“This season went exceptionally well and there is scope for us to take it further in years to come.

“Alongside killer whale surveying we did some environmental monitoring around the sea floor near Scott Base and could go to many more sites,” he says.

“The possibility of using this technology to support future research projects is exciting,” she says.

The video can be found here

At different times of the year the region is home to more than 30% of the world’s Adélie penguins, around quarter of all emperor penguins, around half the Ross Sea killer whales and rare and vulnerable benthic species like sponges that can live for 500 years.

It is also a breeding ground and habitat for Antarctic toothfish. The Ross Sea MPA requires active research and monitoring to ensure it provides effective protection for its unique ecosystem.