Home › Updates › Icy science, but without the scientists on ice 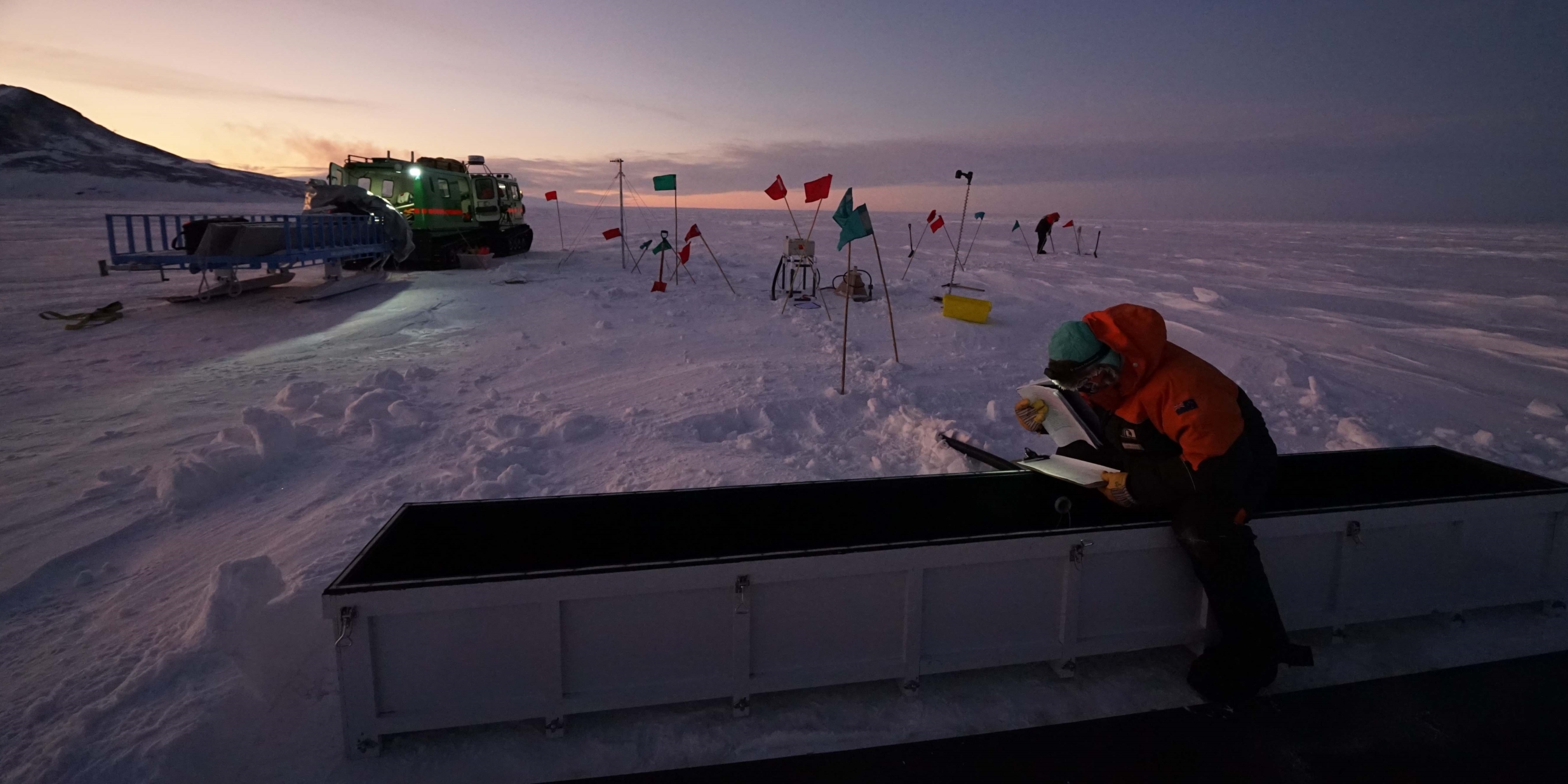 Icy science, but without the scientists on ice

Despite a reduced season to due COVID-19 restrictions, Antarctica New Zealand is delighted to have successfully continued an important sea ice project.

The Sea Ice Mass Balance Station, a special probe that measures the thickness, temperature and formation of sea ice, and snow cover in McMurdo Sound, has been retrieved for the summer.

It is usually installed in mid-winter by Scott Base staff and removed around four months later by University of Otago scientists.

Scientists have been gathering the important measurements using the probe since 1996. But this year, as a limited number of people have travelled to Scott Base due to COVID-19 restrictions, it was removed by Antarctica New Zealand base staff. This is the first time that has ever happened.

University of Otago Senior Lecturer Dr Greg Leonard says the sea ice probe science team worked closely (but remotely) with Scott Base staff to teach them how to remove it correctly and gather this important long-term sea ice data.

“Using a combination of written manuals, regular Zoom meetings and telephone calls with Scott Base staff we taught them how to install and remove it,” he says.

“This data builds a really important long-term picture about what is happening with sea ice formation and change in the McMurdo Sound,” she says.

“This data builds a really important long-term picture about what is happening with sea ice formation and change in the McMurdo Sound,” she says.

Around about now Greg, and PhD student Maren Richter, would usually be driving across the sea ice in a Hagglund having just removed the probe themselves, instead he was in New Zealand eagerly awaiting news of its successful removal.

“Annual formation of sea-ice is one of the biggest physical changes to our planet, and having a long-term record of where and when it forms is crucial, not only to studies that seek to understand the process of sea-ice formation, but also to understand the impacts on ecosystems in the Ross Sea,” he says.

The research is funded by the Antarctic Science Platform and supported by Antarctica New Zealand.

For more information about the mass balance station click here