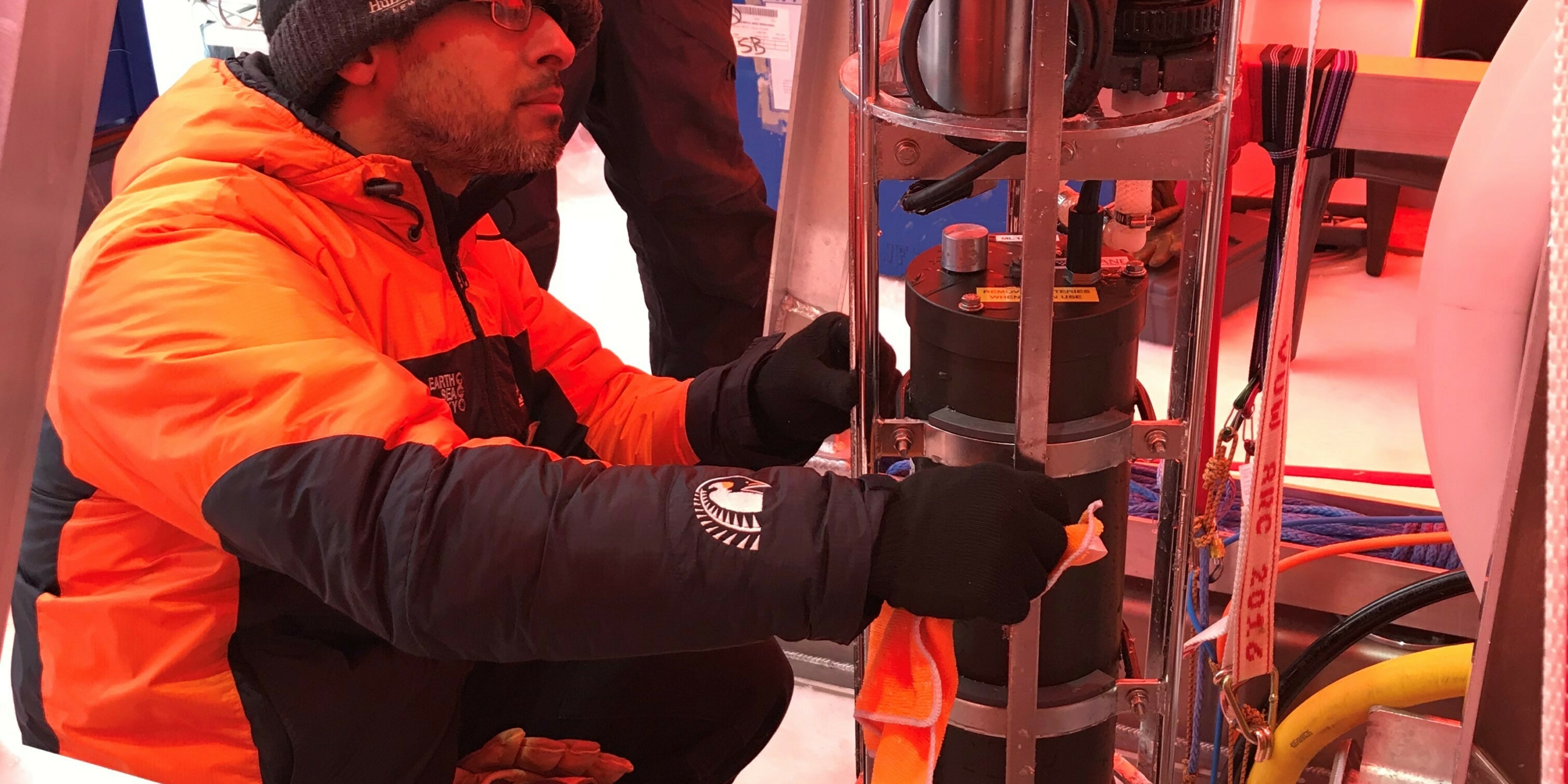 A University of Otago-led study has found evidence of a diverse community of microbes that thrive in the cold, dark, low-energy environment beneath Antarctica’s Ross Ice Shelf, hundreds of kilometres from the open ocean.

The study, published in Nature Communications, was co-led by microbiologist Associate Professor Sergio Morales, who says the discovery is interesting as these microbes are completely isolated from the influence of the sun which is normally central to sustaining oceanic life.

“These communities existing below the ice shelf must therefore rely on other energy sources to survive but we didn’t know what those were until now," Associate Professor Morales, from the Department of Microbiology and Immunology, says.

“The activity of microbial communities like this are the foundation for all of Earth's ecosystems, so understanding life in this remote system helps make sense of life everywhere on Earth.”

Otago glaciologist Professor Christina Hulbe, who has led the multi-disciplinary project on the Ross Ice Shelf since 2014, says this new finding has been the result of expertise provided by many institutions, and she is thrilled to see everything coming together in this published research.

“Ice shelves are extensions of the ice sheet that push out from the continent, floating on the ocean, filling coastal bays and creating unique ice shelf ‘cavity’ environments that are very challenging to explore,” Professor Hulbe explains.

"These unique environments, the combination of big picture questions and fine scientific details, and the diverse team of experts that it takes to make sense of everything we measure makes this work exciting, rewarding and important.”

Drillers from Victoria University of Wellington used a hot water drilling system to bore through the 300m thick central region of the Ross Ice Shelf, and Professor Hulbe and Otago geologist Dr Christian Ohneiser contributed their expertise on ice and remote field operations.

In addition, measurements made by NIWA oceanographer Dr Craig Stevens were essential for understanding conditions in the 700m thick layer of ocean water beneath the floating ice.

A battery-powered pump was lowered through the ice to sample the microorganisms and gene-mapping techniques identified which microbes were living under the ice shelf, where their energy was coming from and what they were doing with it.

“The organisms were harvesting energy from a variety of sources, dominated by inorganic materials like ammonium, nitrite, and sulfur compounds, but they also had the capacity to extract energy from organic sources,” Associate Professor Morales says.

“These organic compounds are themselves likely to be produced using energy from inorganic materials instead of the sun since it can take years for water to complete its passage underneath the ice shelf.

“The really cool thing is that these under ice communities are distinct to those in the open ocean, meaning it’s a hidden living world persisting in the absence of sunlight.”

The work was co-led by former Otago researcher Federico Baltar, currently an Associate Professor at the University of Vienna, together with Clara Martínez-Pérez, currently a Postdoctoral Researcher at ETH Zürich.

Core funding for the project was provided by the NZ Antarctic Research Institute and the fieldwork was supported by Antarctica New Zealand.