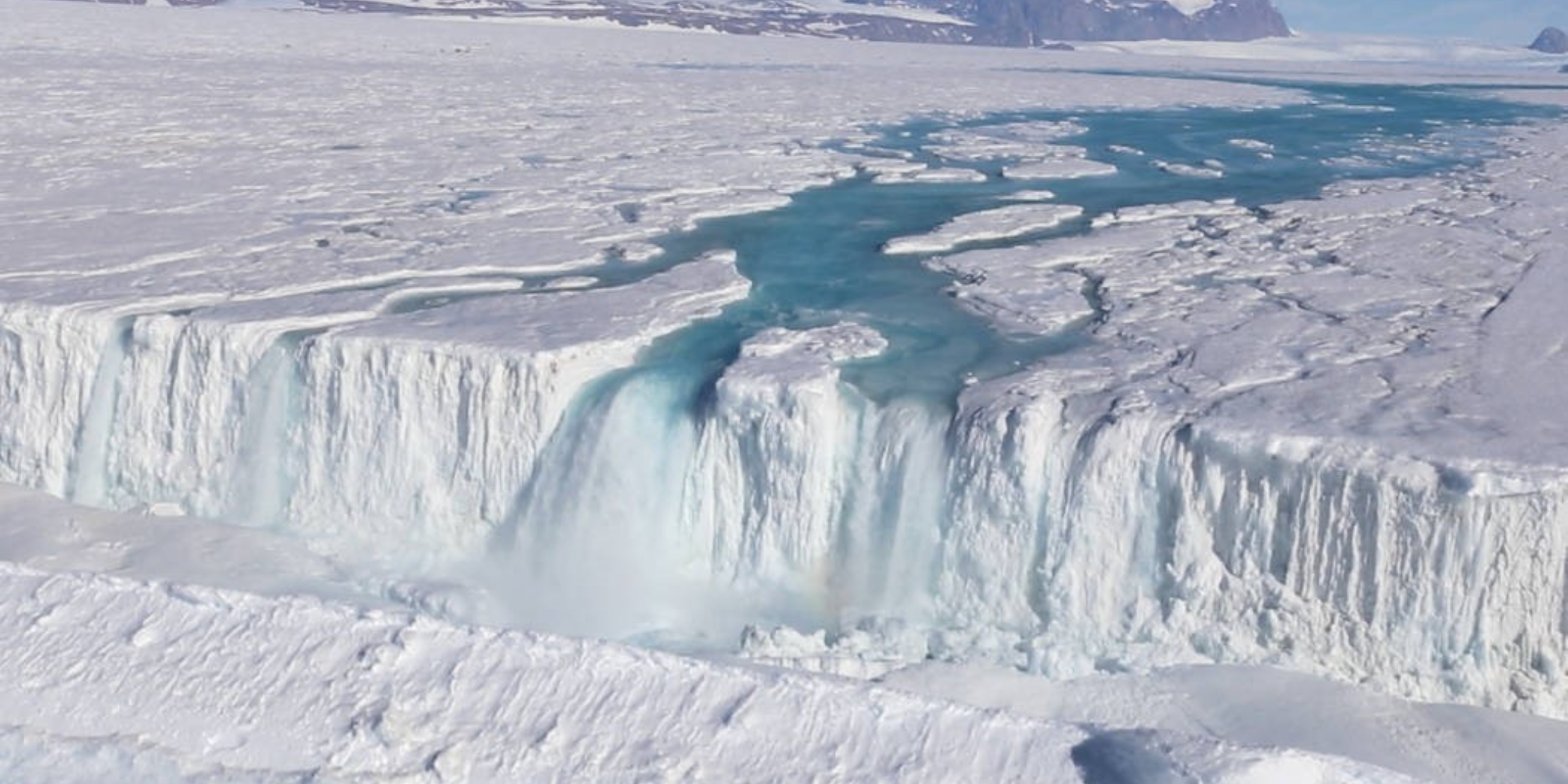 Sea-level rise is the clearest planet-wide signal of human-induced climate change, and will cause major disruption to countries around the world over the coming century. The melting of Antarctic ice-sheets is a major driver of sea-level rise and an enhanced understanding of this is crucial for the effective anticipation and planning of adaptation measures required to manage the worst of its impacts. New Zealand-led research is making a major contribution to understanding the implications for Antarctic ice sheets under different climate scenarios, and the consequences for rising seas.

Global mean sea level has risen 18 centimetres (cm) since 1900 and is currently rising at about 3.5 mm per year though this is accelerating. Melting of glaciers and polar ice sheets is now the main contributor to rising seas. The Antarctic ice sheet holds 54 metres of potential sea-level rise, with another seven metres from Greenland and 0.5 m from mountain glaciers. We know that ice sheets are very sensitive to changes in global temperature. During the last interglacial period 125,000 years ago, global temperatures were only 0.5-1°C warmer than pre-industrial and yet sea level was six to nine metres higher than today. Even small temperature rises may trigger runaway melting and ice sheet collapse.

New Zealand researchers used one of the world’s leading ice sheet models to show that a de-stabilisation threshold may by crossed in the Antarctic ice sheet system if Earth’s mean surface temperature increases by more than 2°C – the Paris Climate Agreement goal. If this threshold is crossed and the temperature increase is sustained over the coming centuries, it could lock in up to 20 metres (m) of sea-level rise. This New Zealand-led research, in collaboration with international partners, is crucial in assessing the effectiveness – and risks – of global frameworks to reduce emissions such as the Paris Agreement.

While our understanding of sea-level rise is improving, there is uncertainty around projections beyond 2050. At least 20 cm of rise above today’s levels by mid-century is inevitable due to heat that has already entered the climate system. Sea-level rise beyond 2050 is dependent on how fast we act to reduce global CO2 emissions in the next ten to twenty years. Assessments by the IPCC show a likely range of between 30 cm and 1.1 m of mean global rise by 2100, depending on which emissions reduction pathway we follow, with some studies proposing a plausible upper limit of 1.5 m (Fig. 1). The deep uncertainty of long-term projections is a major challenge to decision-makers.

An added complication is that sea-level rise is not globally uniform, with factors such as thermal expansion of ocean water, changes in gravitational attraction, and land rebound from ice loss leading to departures of up to ±30% from the global average. New Zealand is projected to experience sea-level rise close to the global average. However, because of our active tectonic setting astride the Australia-Pacific plate boundary, some parts of the New Zealand coastline are subsiding or uplifting with rates of vertical land movement of up to 10 mm per year.

Sea-level rise will therefore affect different parts of New Zealand in different ways. Accurate projections of local sea-level change are urgently required by a broad range of stakeholders concerned with anticipating and managing the impacts of sea-level change. These include central government regulators, local government planners, coastal communities, Iwi, and the business, agricultural, maritime, infrastructure, finance and insurance sectors. The ice sheet projections being undertaken by the Antarctic Science Platform and the local scenarios being produced by the NZ SeaRise Programme are providing best-practice, policy-ready information through to the Ministry for the Environment’s Coastal Hazards Guidance for Local Government (figure 2). 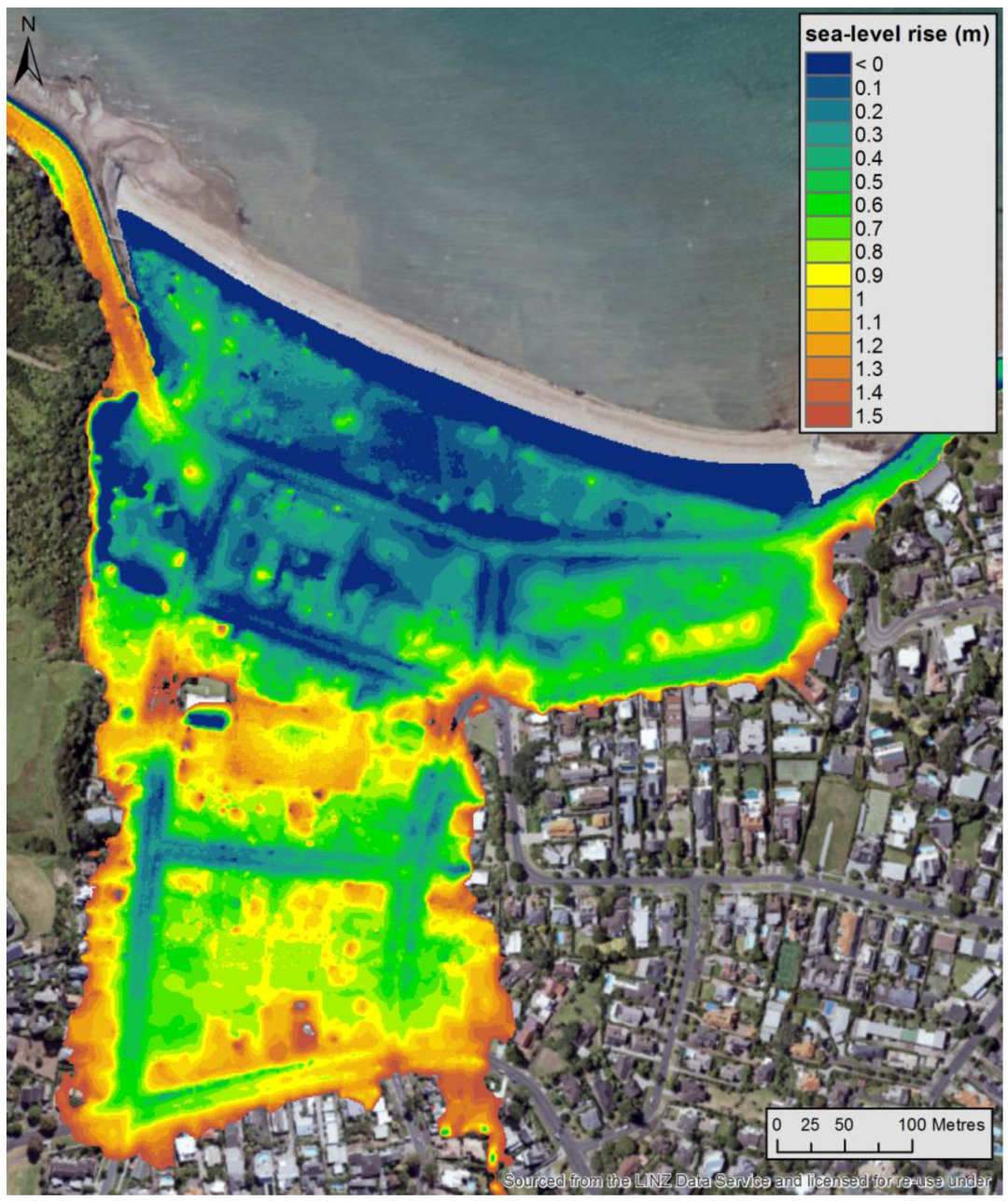 The new sea-level projections are being used to improve resilience to the impacts of sea-level rise around New Zealand. The need for planning is already clear. The extreme flooding in the southern Firth of Thames in 2018, a one-in-one-hundred year event, will become an annual occurrence with an additional 40 cm of sea-level rise. Local authorities and councils are increasingly using dynamic, flexible approaches to planning to avoid pathway lock-in and maladaptation. Examples include planning around coastal flooding and groundwater inundation in the Hauraki Plains and South Dunedin, salination of agricultural and horticultural land in the Heretaunga Plains, and through co-production with Iwi the loss of habitat in estuaries in Hawke’s Bay and sites of cultural significance in Hokianga. The impacts of sea-level and ice sheet change around Antarctica will have profound implications for national programme operations, tourism and fisheries in the Southern Ocean and Antarctica, and are of critical interest to international partners in this area.

Sea-level rise is becoming a major policy issue and New Zealand’s Antarctic research is allowing potential impacts to be incorporated into long-term planning. Even under a low-emissions scenario, sea-level rise will directly impact at least 700 million people globally in the world’s coastal regions. Keeping global temperature increases within the 1.5-2°C range in line the Paris Agreement targets will significantly reduce future impacts, but the policy window for achieving the necessary emissions reductions is now very short.