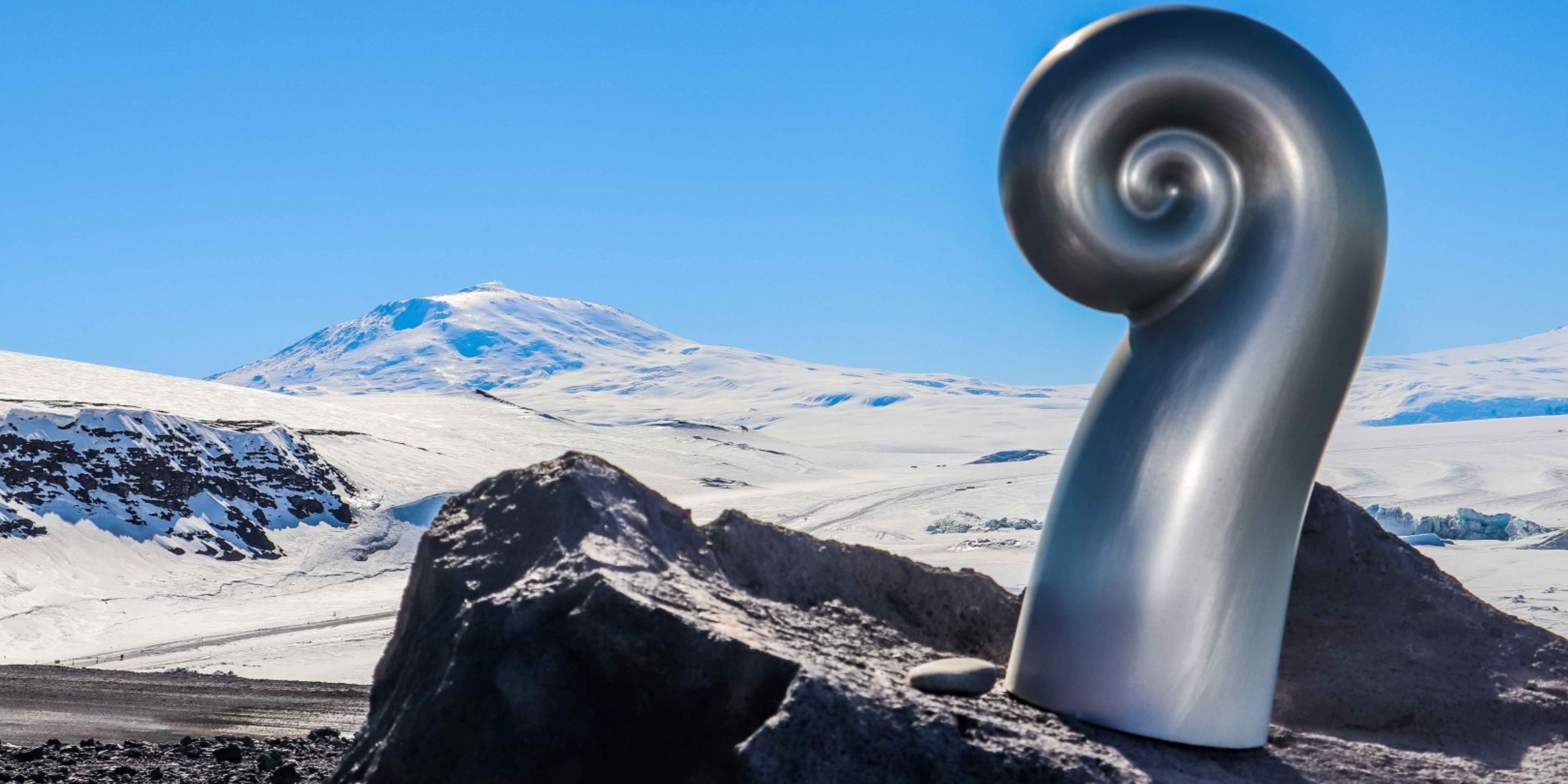 Today at 12.49pm scientists, former police officers and Antarctica New Zealand staff remembered the 257 people who lost their lives in the Erebus crash.

To commemorate the 40thanniversary of the tragedy a small ceremony was held at the memorial Koru behind Scott Base. A speech from the Prime Minister was read out and a minute’s silence was also observed.

Two retired Police officers, Stuart Leighton and Brett Jones, who were involved in the recovery operation following the crash, were at Scott Base for the ceremony. Their efforts were an integral part of Operation Overdue.

Stuart Leighton says it has been a privilege and very emotional to represent all the recovery workers.

“The People I worked with and the families of the victims are not far from my mind at this time,” he says.

Brett Jones says there are many reasons to be involved in a recovery operation.

“One of those is to support the friends and families of those who lost loved ones, the point of this commemoration is to reaffirm that,” he says.

Antarctica New Zealand CEO Sarah Williamson says it is a privilege to have Brett and Stu in Antarctica.

“The Erebus tragedy was one that touched the lives of all New Zealanders, every year at Scott Base we gather at the memorial koru behind the base and hold a small ceremony.

“To have Stu and Brett at the ceremony alongside our staff this year was extremely special,” she says.