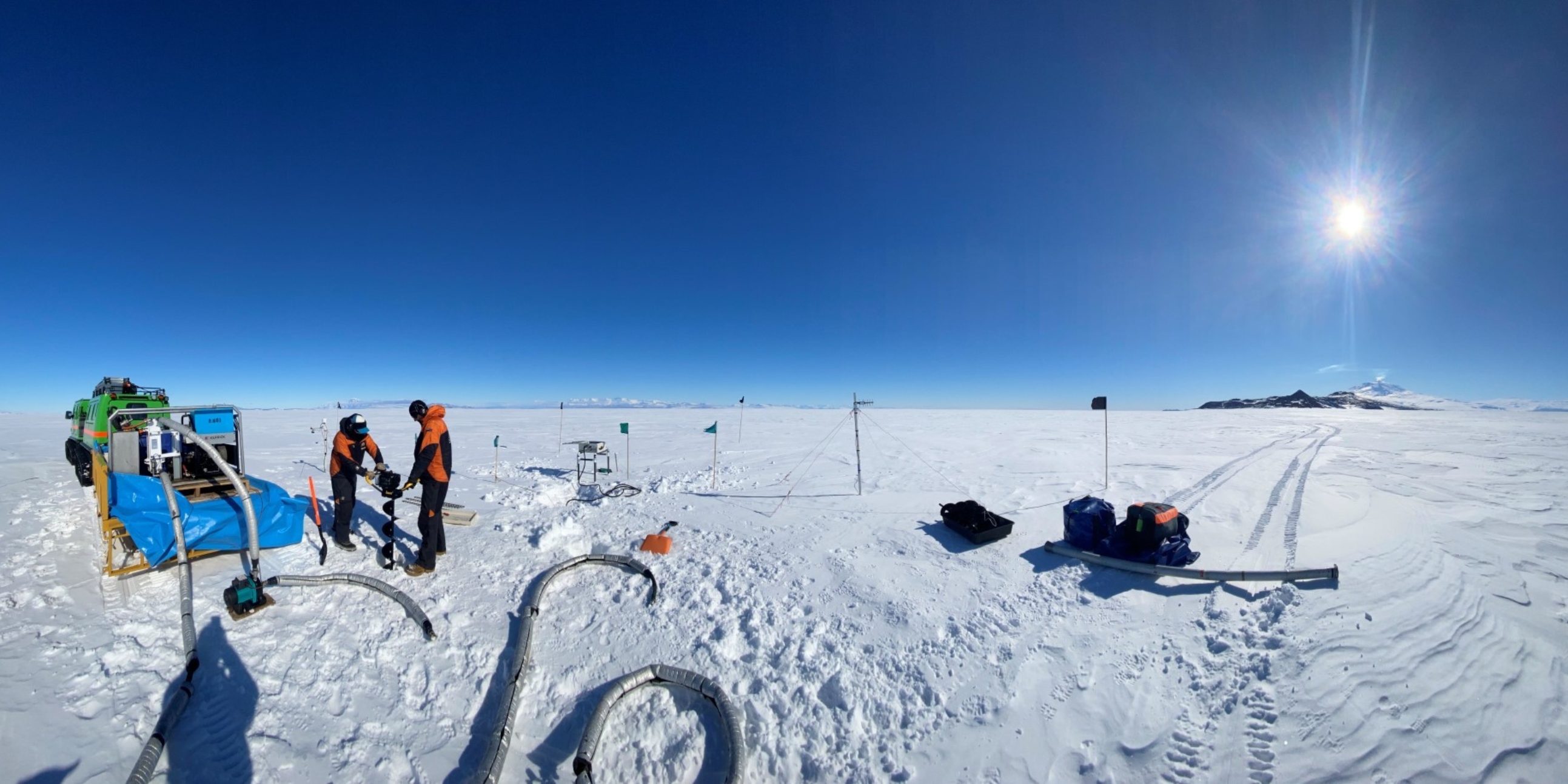 Antarctica New Zealand has been able to continue an important project without all the scientists on the ice.

The risk of COVID-19 has meant the number of scientists at Scott Base has been greatly reduced this year, forcing base staff to pick up the slack.

Scientists based in New Zealand coached the staff, who then drilled into the ice at McMurdo Sound.

"In a normal season we have 350 people work their way through Scott Base, and this year we've only got 90 and predominantly that's operation staff, some logistic staff, and a limited number of scientists," Antarctica NZ CEO Sarah Williamson said.

It's technical work that requires the team to melt the ice to a point where a probe can be safely retrieved.

"I think it went really well. So they had a good read-through of the manual, we had a number of telephone conversations with us to talk through what was going to happen," University of Otago senior lecturer Dr Greg Leonard said.

The probe measures thickness, temperature, and formation of sea ice and snow - vital data that's been collected since 1996.

Usually a team of scientists from the University of Otago travel down to the ice to retrieve the probe, but they were held back this year due to the risk of COVID-19.

"It's a process that we have done a number of times before, and going down and doing it yourself you know what it's about, but it's quite different to be a long ways away trying to convey that information to people who have never done that kind of task before," Dr Leonard said.

A number of other projects have been put on hold in an effort to keep Antarctica COVID-19-free, but gathering crucial data like this on sea ice thickness is too important to be shelved.