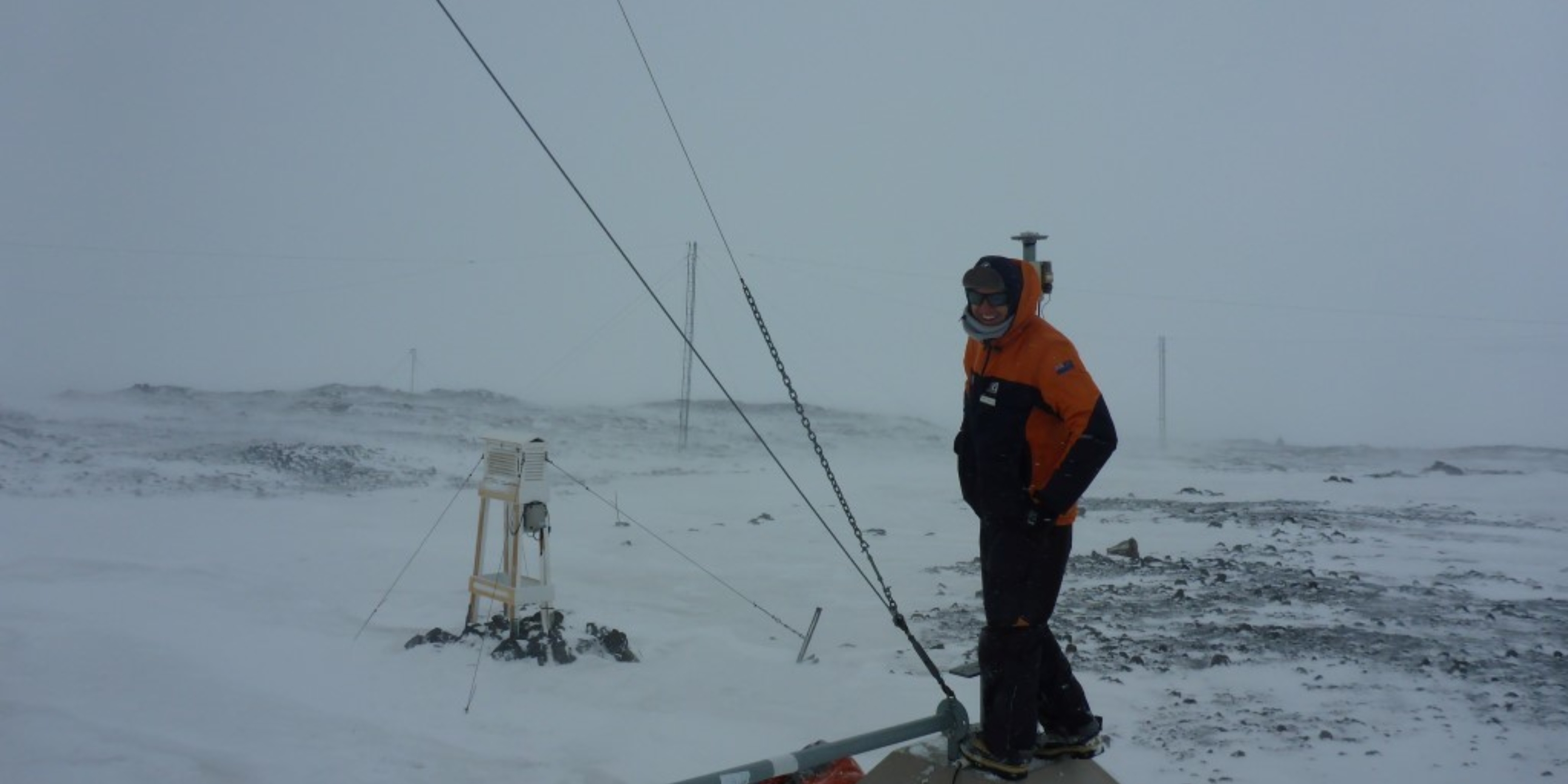 Temperature records that began with Sir Edmund Hilary in 1957 are still being collected and used by scientists, and operational staff at Scott Base.

Each morning at 9.00 am, just as the 1957 team did, Scott Base staff take manual readings of the temperature, wind, pressure, cloud cover and visibility. It is the longest running continuous temperature record in Antarctica and is used to verify data collected from modern electronic sensors.

Environmental Monitoring Technician Jeremy Rutherford is part of a team from the National Institute of Water & Atmospheric Research (NIWA) who manage two climate stations in Antarctica.

The stations, located at Scott Base and nearby Arrival Heights, are part of a long-term and continuous climate monitoring programme. The stations collect temperature, wind barometric pressure and solar radiation data.

“Collecting this information not only assists Scott Base with their operational decisions, it allows for the analysis of long-term climate trends. The measurements identify climate variations and changes in the local environment” says Rutherford.

“With more than 100 scientists and technicians taking part in our programme each summer, we need to know what the weather is doing each day. This allows us to schedule transport and manage everyone’s safety.

“The historical database is a wealth of information that we use on a regular basis, without it it would be very difficult to operate.

“It allows us to go back more than 60 years and see what is going on, history is a great measure.

“This is a fantastic record to have,” he says.

The information collected from Scott Base and Arrival Heights is sent back to NIWA daily and archived on New Zealand’s National Climate Register, a database which receives data from over 600 stations located around New Zealand, the South West Pacific and Antarctica.

Rutherford will spend 10 days in Antarctica at the start of February inspecting the stations, verifying and calibrating the data and routinely changing the recording sensors so that the equipment stays in good working order.

“While our equipment is state-of-the art, the Stevenson Screen, the instrument shelter that houses the equipment is original, built by the first New Zealand scientists in Antarctica,” says Rutherford.

Scott Base was established 20 January 1957 as part of the 1955-1958 Trans Antarctic Expedition (TAE) led by Sir Edmund Hilary and the 1957-1958 International Geophysical Year (IGY) led by Dr Trevor Hatherton.