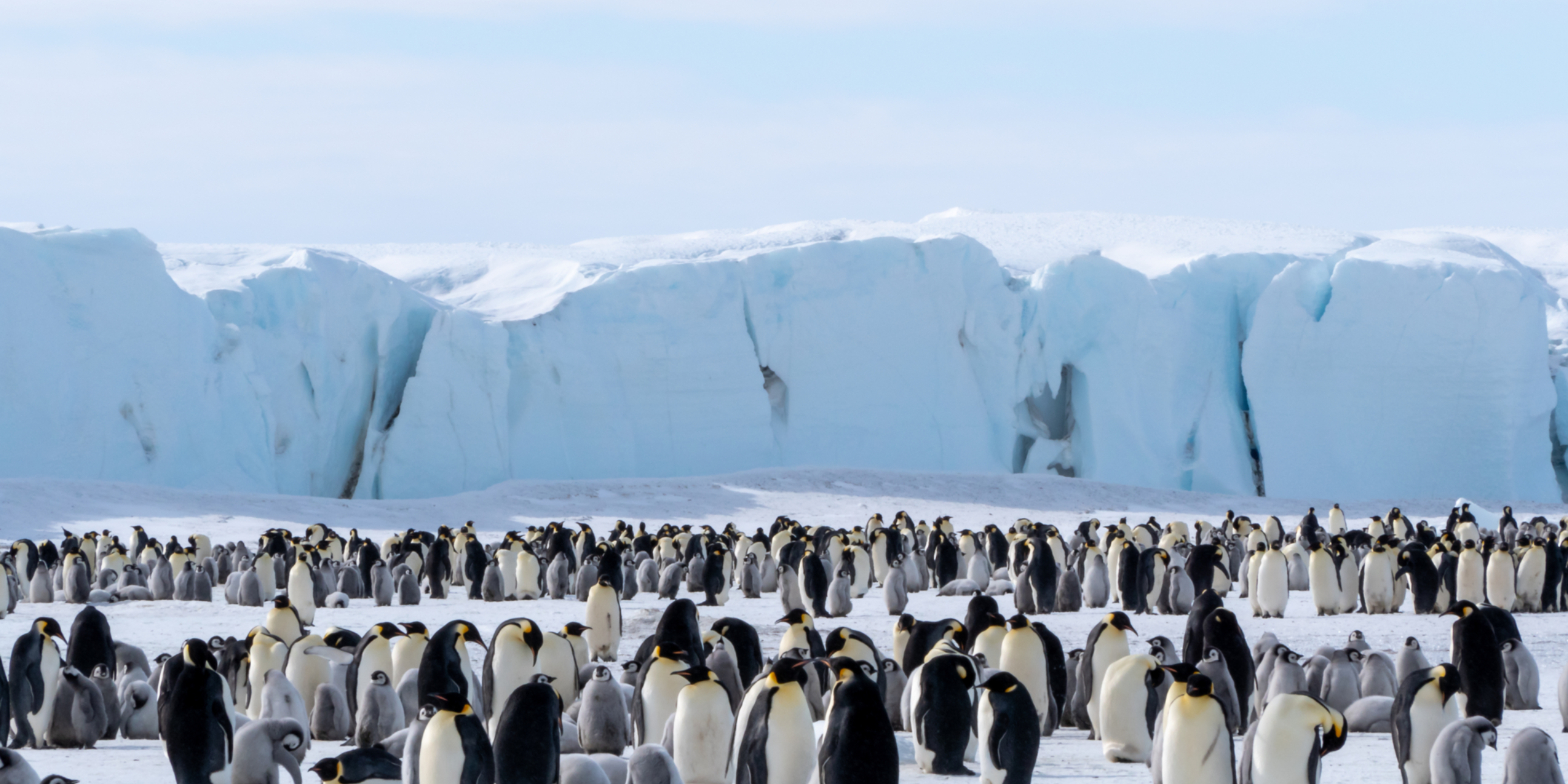 Climate change will have big impacts on Antarctic marine ecosystems. Warming temperatures mean a loss of sea ice, changes to weather patterns and freshening of surface waters, while increasing concentrations of dissolved CO2 will increase ocean acidity. These, and a host of other changes to the ocean environment, will affect species up and down the food chain, with complex and interacting impacts. The scale of these impacts depends ultimately on the extent to which we act to reduce carbon emissions.

Many Antarctic organisms depend on sea ice for all or part of their life cycles. Emperor penguins are an iconic Antarctic species, dependent on sea ice for their survival. The Antarctic Climate Change and the Environment report identifies emperor penguins as a species expected to be impacted substantially by climate change. With no action to reduce emissions, the species is projected to decline close to extinction by the year 2100, but with better outcomes the more emissions are reduced.

Emperor penguin populations will be reduced by climate change

Emperor penguin colonies are distributed evenly around the coast of Antarctica. There are approximately 54 colonies (several have only recently been discovered through satellite-based observations) with an estimated population of 265,500 breeding pairs. Almost all emperor penguins raise their young on sea ice, so their long-term survival depends on ice of adequate stability and thickness being available frequently enough to sustain colonies. As there are no areas further south that the penguins could retreat to in a warming world, a loss of this sea ice could have devastating consequences.

Recent research, which involves Antarctic Science Platform scientists, provides more precise detail on exactly how emperor penguins will fare, depending on how quickly we work to reduce emissions. Under a ‘business as usual’ climate change scenario, with little effort to reduce emissions, the challenges to sea-ice based colonies mean that the emperor penguin population is projected to decline at least 81% by the year 2100. Many colonies are likely to disappear entirely. Four of every five colonies are expected to be ‘quasiextinct’, meaning that the colony population has declined by more than 90% (Jenouvrier et al. 2019).

Under more optimistic emissions scenarios emperor penguins are likely to see significant, though less catastrophic, population declines. If warming is limited to 2°C, 44% of colonies will be quasiextinct. This reduces to 31% of colonies under the 1.5°C Paris Agreement target, where population declines would expect to stabilise by 2060, with the colonies in the Ross Sea anticipated to be amongst the least vulnerable. This analysis shows how every bit of warming we avoid can help reduce the impacts on species and ecosystems.

Small temperature differences can have major effects, particularly in polar regions. While emperor penguins are especially sensitive because they breed on sea ice, climate change also amplifies other pressures that potentially pose stresses on these penguins when they are at sea. Organisms that play critical roles in food webs leading up to emperor penguins, such as krill and silverfish, are dependent on sea ice for their larval stages. Changes to ice dynamics can be expected to cascade through the food web.

Climate change is also altering the location and amount of fresh water entering the ocean, which in turn affects the stability of the surface layer of the ocean, and hence overall ocean productivity. Widespread changes to ocean ecosystems caused by climate change therefore threaten to impact the distribution of many species. This will cause changes to the food web supporting high level predators such as the emperor penguin. The full impacts are complex and hard to predict (Jenouvrier et al. 2019). 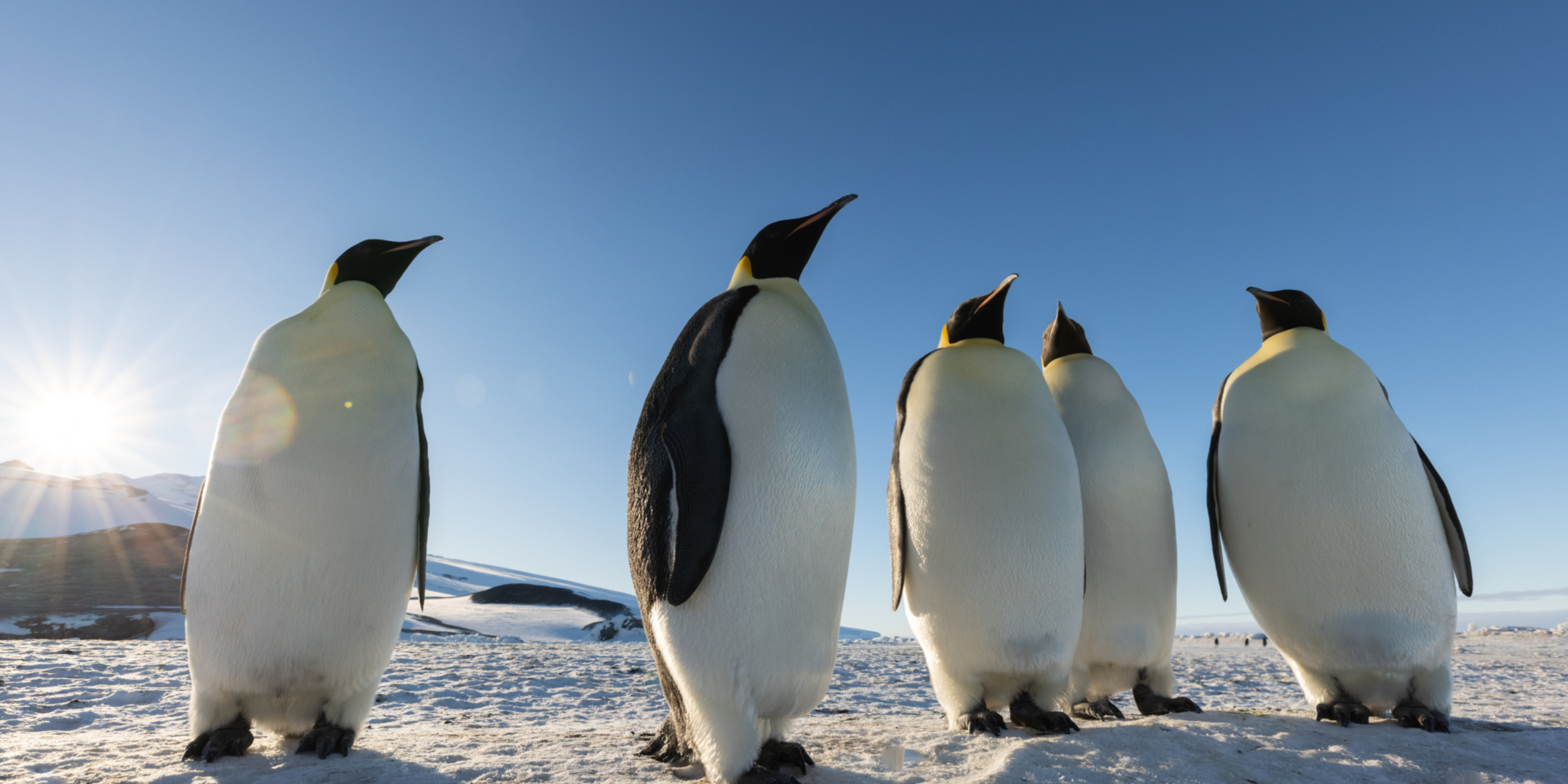 Climate change is a major threat to the survival of emperor penguins. Our best hope for protecting them, and the thousands of other species at risk from climate impacts, is a concerted global effort to reduce greenhouse gas emissions.

More localised conservation measures, while not enough to prevent the decline of emperor penguins, can still be beneficial. Management tools are available than can reduce stressors on the penguins and make their survival more likely.

One management tool under the Protocol on Environmental Protection to the Antarctic Treaty is to designate areas, including marine areas, as Antarctic Specially Protected Areas (ASPAs), which aim to protect environmental values. Currently, seven of the 54 known active emperor penguin breeding sites are protected by ASPAs. This mechanism protects designated areas with clear boundaries, such as breeding grounds, but offers little protection for the birds while they are outside of the ASPA boundaries, such as when they are feeding at sea (Trathan et al., 2019).

Another management tool is designating emperor penguins as a Specially Protected Species (SPS). A proposal to make emperor penguins a SPS has been developed, but has not yet achieved the consensus that is required for it to be adopted by the Antarctic Treaty Parties. If adopted, this would strengthen protection across all life stages and locations of emperor penguins across the continent, and would mean protections remained in place even if a colony moved locations due to ice conditions (Trathan et al., 2019). The proposal includes an action plan with the goal to ‘reduce and, where practicable, prevent threats to emperor penguins and their habitat at all stages of their life cycle, taking into account observed and potential impacts of climate change on emperor penguins, in order to improve the threat status and degree of endangerment of the species through the implementation of management measures’. 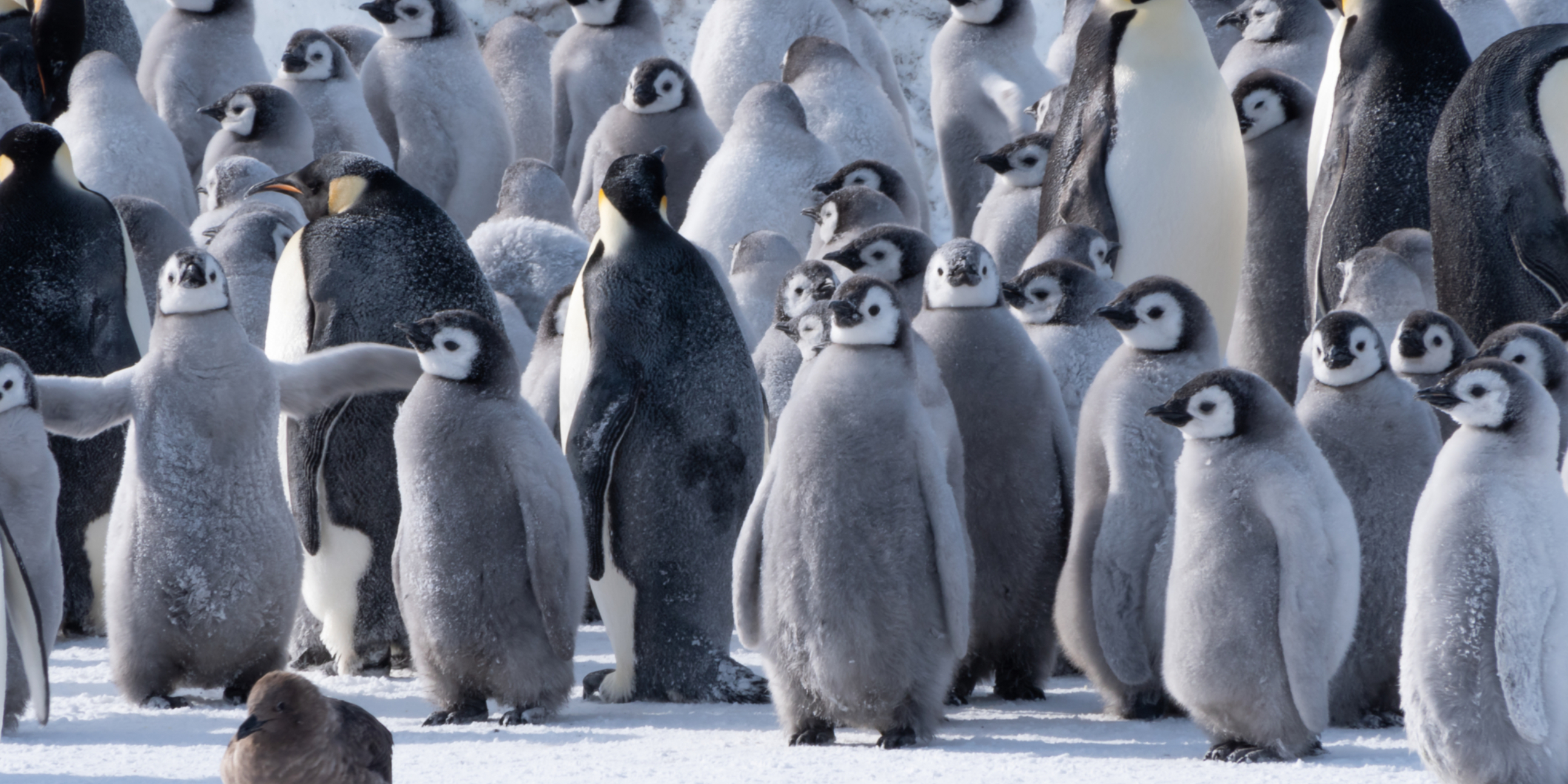