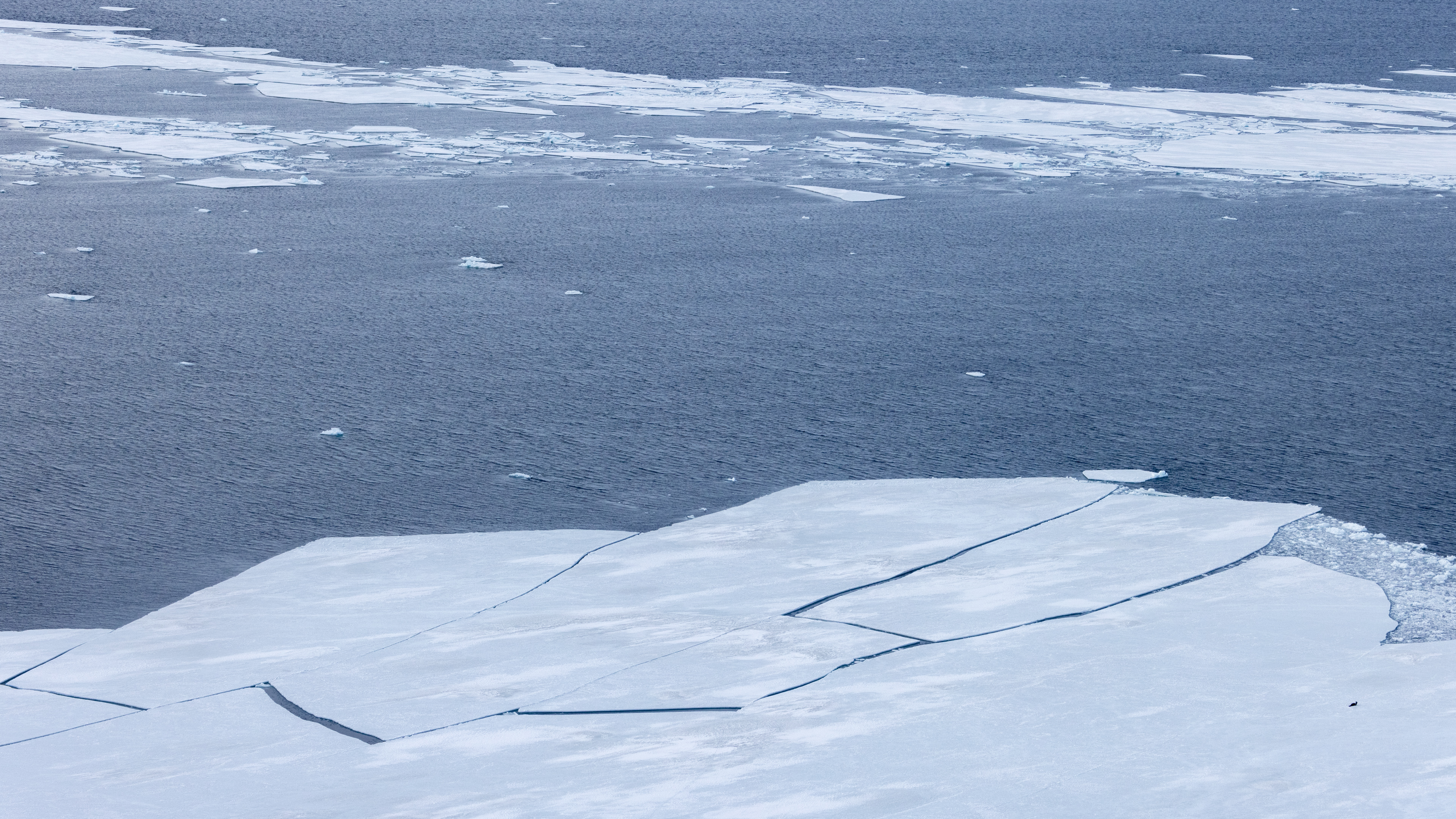 Submarine canyons can serve as pathways for water, sediment and organic carbon transport to the deep ocean via dynamic processes – what are these processes in Antarctic submarine canyons and how might they be linked to, or contribute to, global ocean circulation and accumulation of sediment layers over time? Dr. Katie Maier aims to find out in this Opportunity Fund project.

Previous research in and around the Hillary Canyon and canyon head gullies in the Ross Sea showed that the submarine canyons can serve as conduits for dense shelf-water cascading, contributing to bottom water formation and global ocean circulation. Antarctic submarine canyons can also provide pathways for warm water incursions (which may influence ice sheet retreat and future sea-level rise projections).

The global role of submarine canyons is as conduits, funnelling terrestrial and marine sediment and organic carbon to the deep-sea, acting as biodiversity hotspots, feeding ecosystems, and building a record of past conditions through deposition of sediment layers. Recent success overcoming challenges to measuring and sampling in mid-latitude submarine canyon systems has advanced knowledge of submarine canyon processes, deposition, and what is considered possible in field experiments. 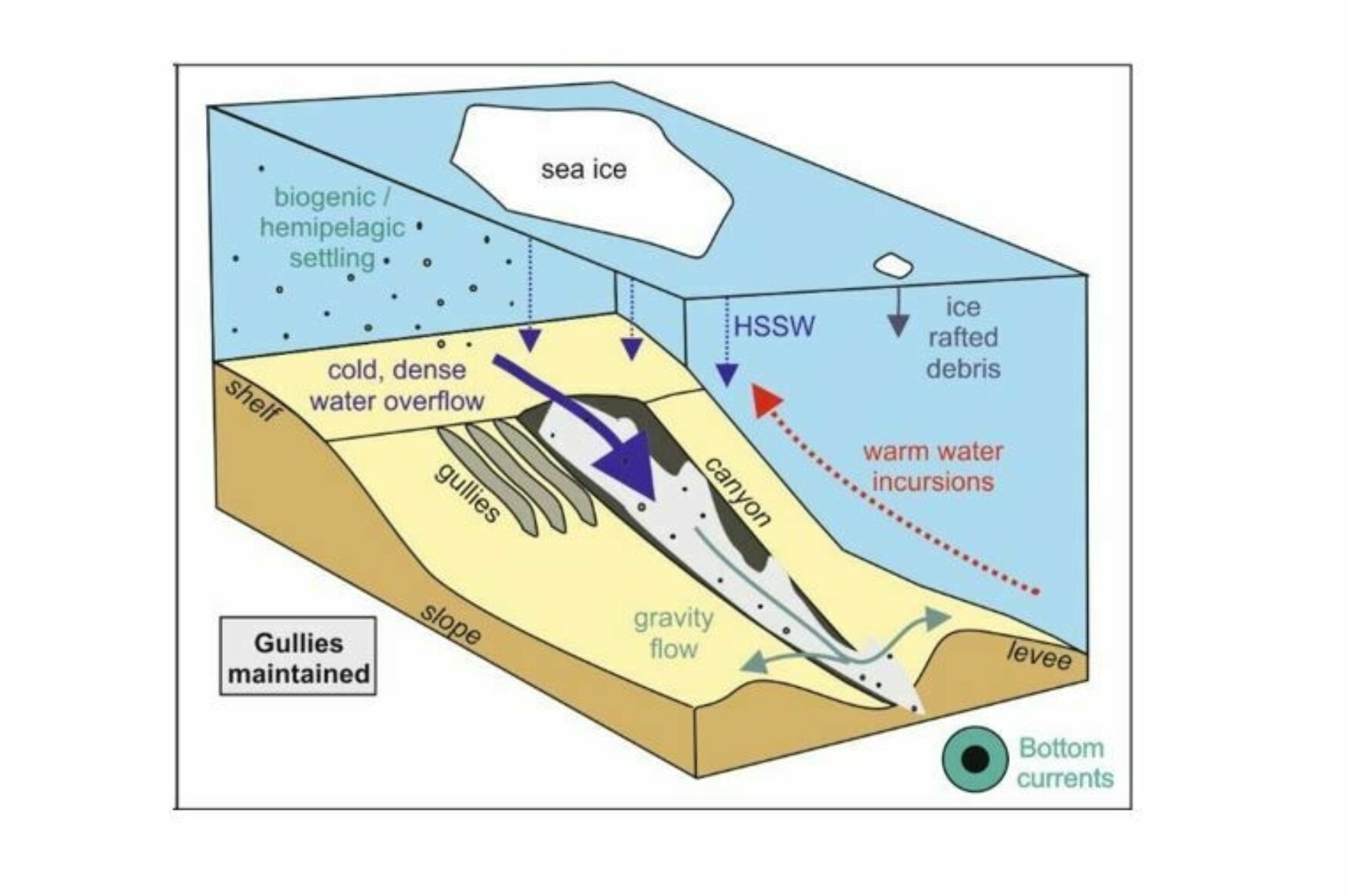 The Western Ross Sea contains submarine canyons in a region of dense shelf-water cascading. These will be targeted for a pilot study during the upcoming R/V Tangaroa voyage in January – February 2023.

As part of this voyage, technical experts onboard will deploy a mooring and sample the seafloor sediment in an Antarctic submarine canyon. The mooring will be focused on a sediment trap, similar to those used in recent studies of the Kaikōura Canyon, offshore northeastern Te Waipounamu South Island. The near-seafloor sediment trap will be paired with oceanographic instruments to measure parameters (for example, temperature, velocity, turbidity) associated with water masses carrying sediment past the trap. The sediment trap will be deployed for a full year to capture possible seasonal variability.

As part of the ASP Opportunity Fund project, Dr Maier will use the resulting measurements and samples from the sediment-trap-focused mooring and seafloor samples to:

The new data will be nested within the broader context of Ross Sea margin geology, tectonics, and physical oceanographic measurements of the region, including new research undertaken on the upcoming 2023 R/V Tangaroa Antarctic voyage. 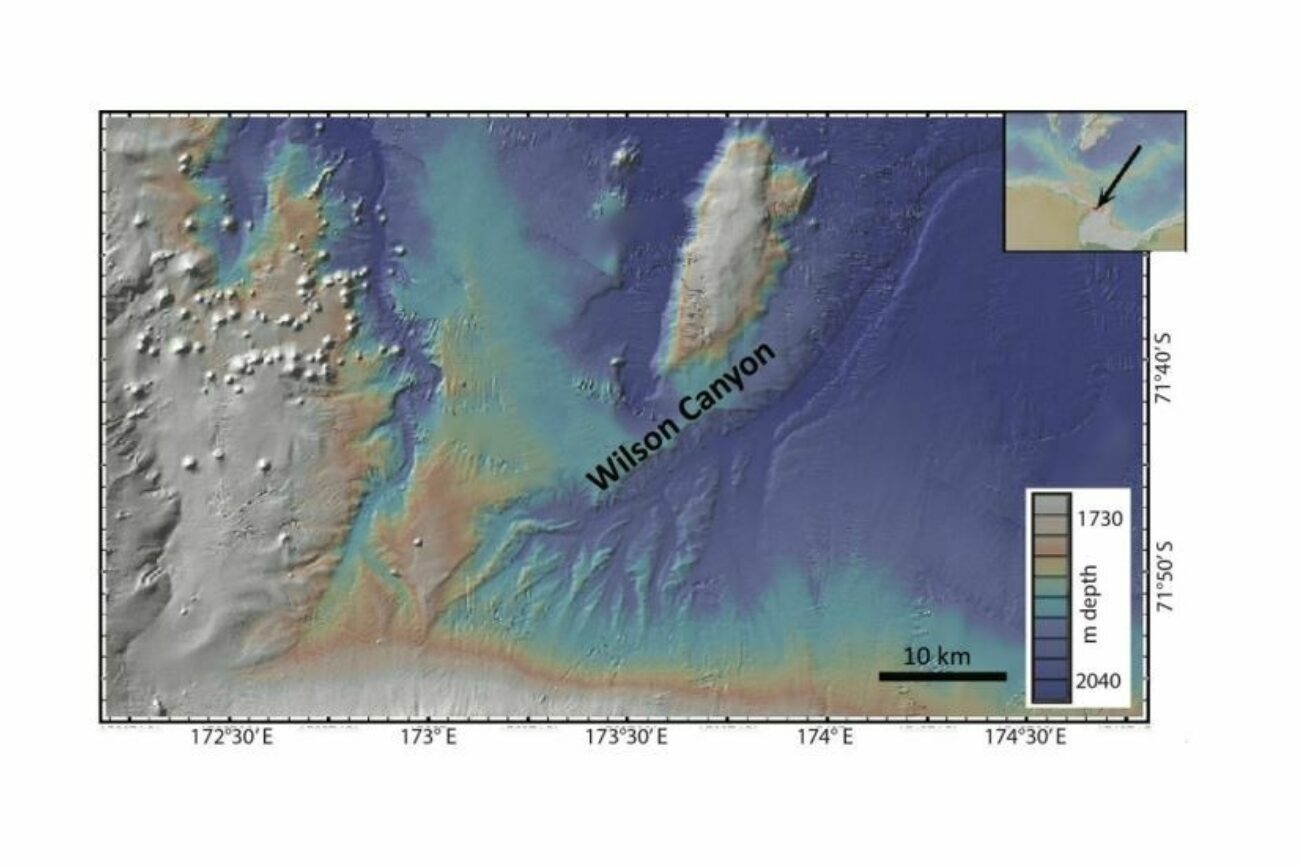 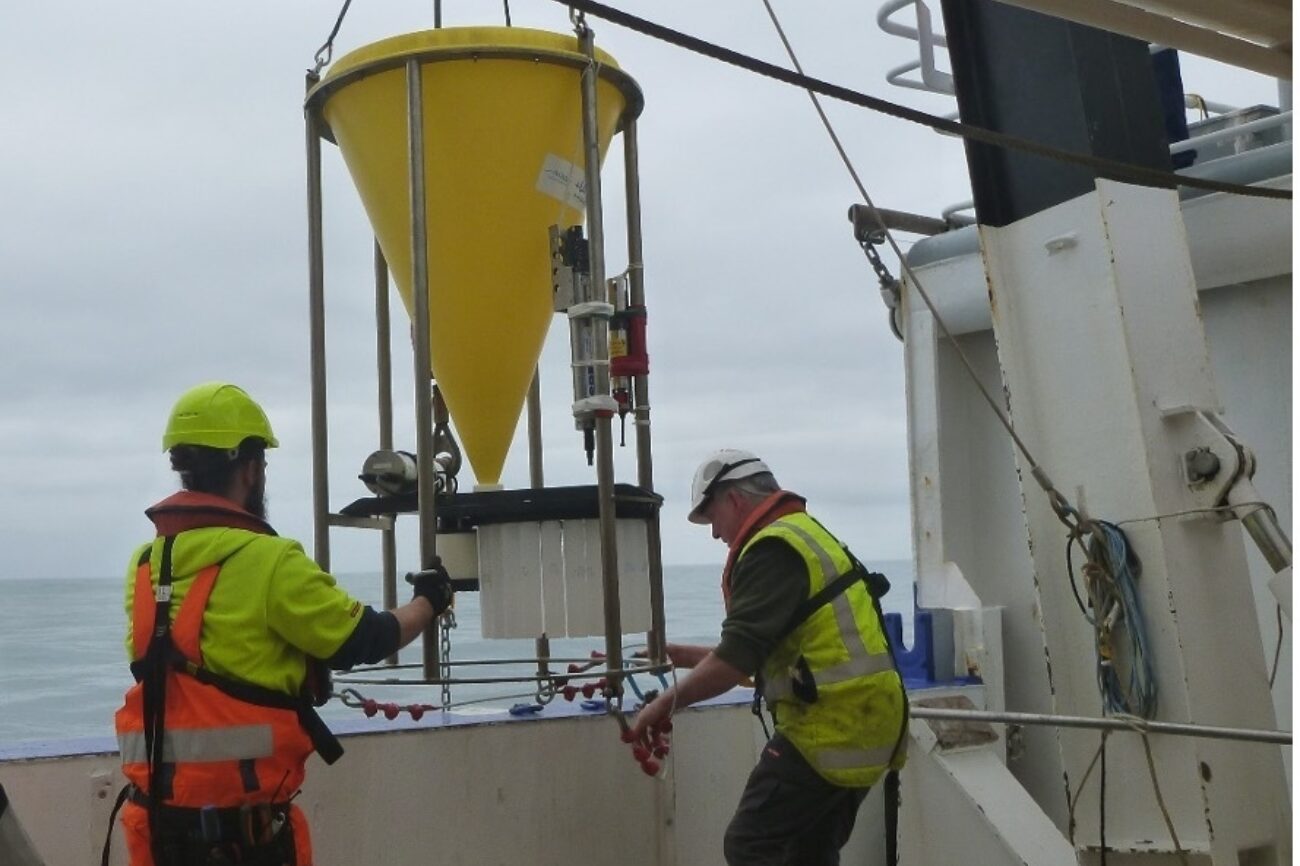 Deployment of a sediment-trap-focused mooring in Kaikōura Canyon on recent R/V Tangaroa voyage TAN2112 (O. Twigge, left; P. Gerring, right). Sediment passes through the open top of the yellow funnel and is collected in the bottles below. Photo: Katie Maier