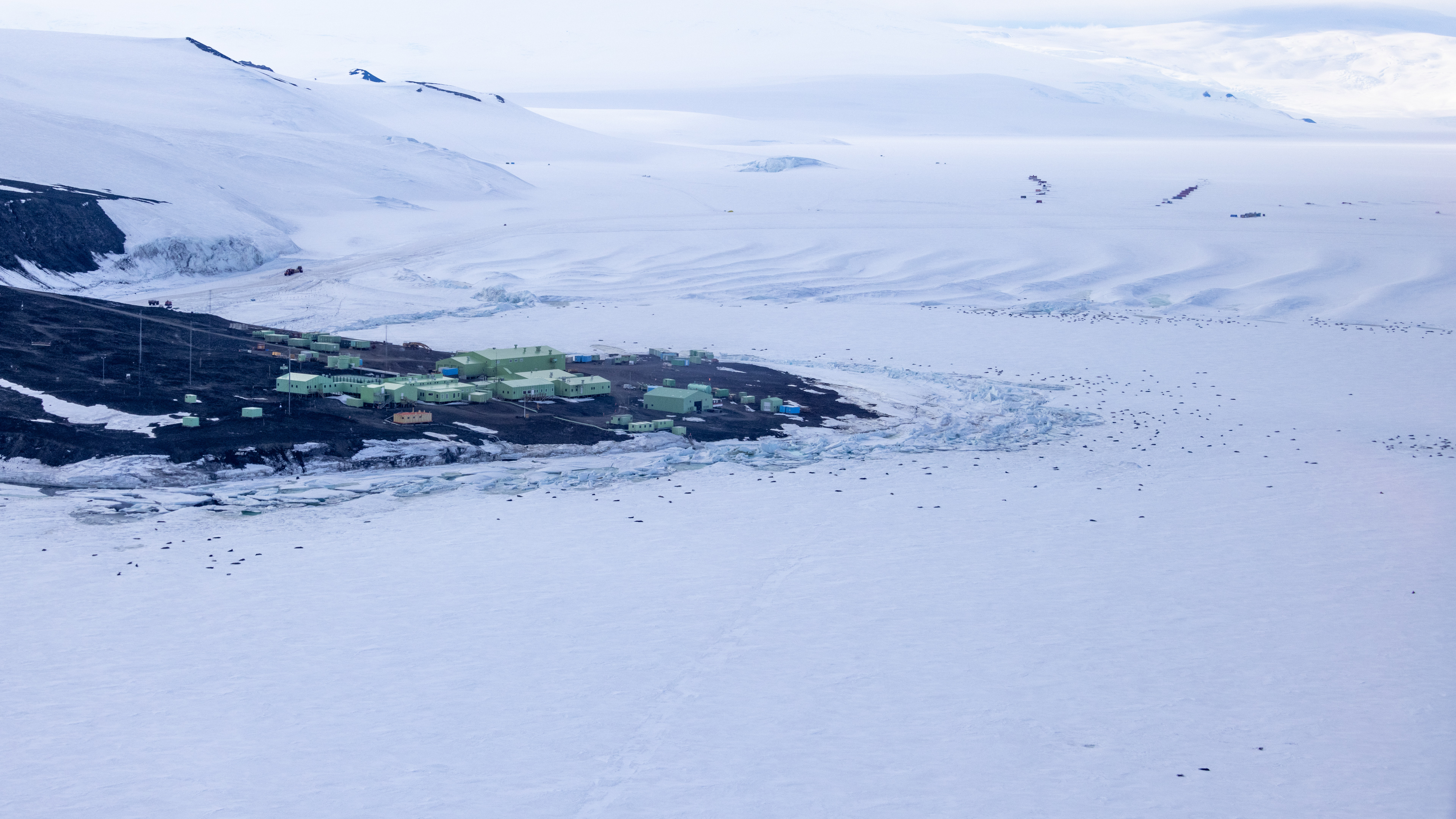 Weddell seals can tell us about the health of the Southern Ocean – how have Ross Sea populations been doing over the past ten years, and what environmental conditions cause instability in their populations? Dr Michelle LaRue and Dr Katharina Peters aim to find out in this Opportunity Fund project.

Weddell seals, an iconic Antarctic species, can tell us about the health of the Southern Ocean because they eat Antarctic toothfish, and because they rely on sea ice to live on, which is likely to decline as the climate continues to warm.

Despite the decades-long research ongoing in Erebus Bay, basic knowledge about biogeography, population status and population viability of Weddell seals elsewhere remains unknown, even in the Ross Sea. To fill this gap, remote access to view locations of fast ice outside of Erebus Bay is required to gain understanding of population dynamics at regional scales.

Because of the emphasis on building new methods in remote sensing for wildlife ecology, population estimates for Weddell seals in the Ross Sea sector have been collected via satellite imagery over several years. Weddell seals are ideal for satellite-based investigation of their distribution and numbers, due to their large size, dark colour against a white fast-ice background. Much has been gained in ecological research with the advent of combining community science with VHR imagery, and we know how to detect population change, where seal populations are located around the Antarctic continent, suitable habitats in the Ross Sea, and how to estimate population size from volunteer-derived image counts.

Given the Ross Sea region is now a Marine Protected Area (MPA), with requirements to monitor indicator species, like the Weddell seal, now is the time to apply these datasets to gain a temporal and spatial analysis of population trends and viability into the future. 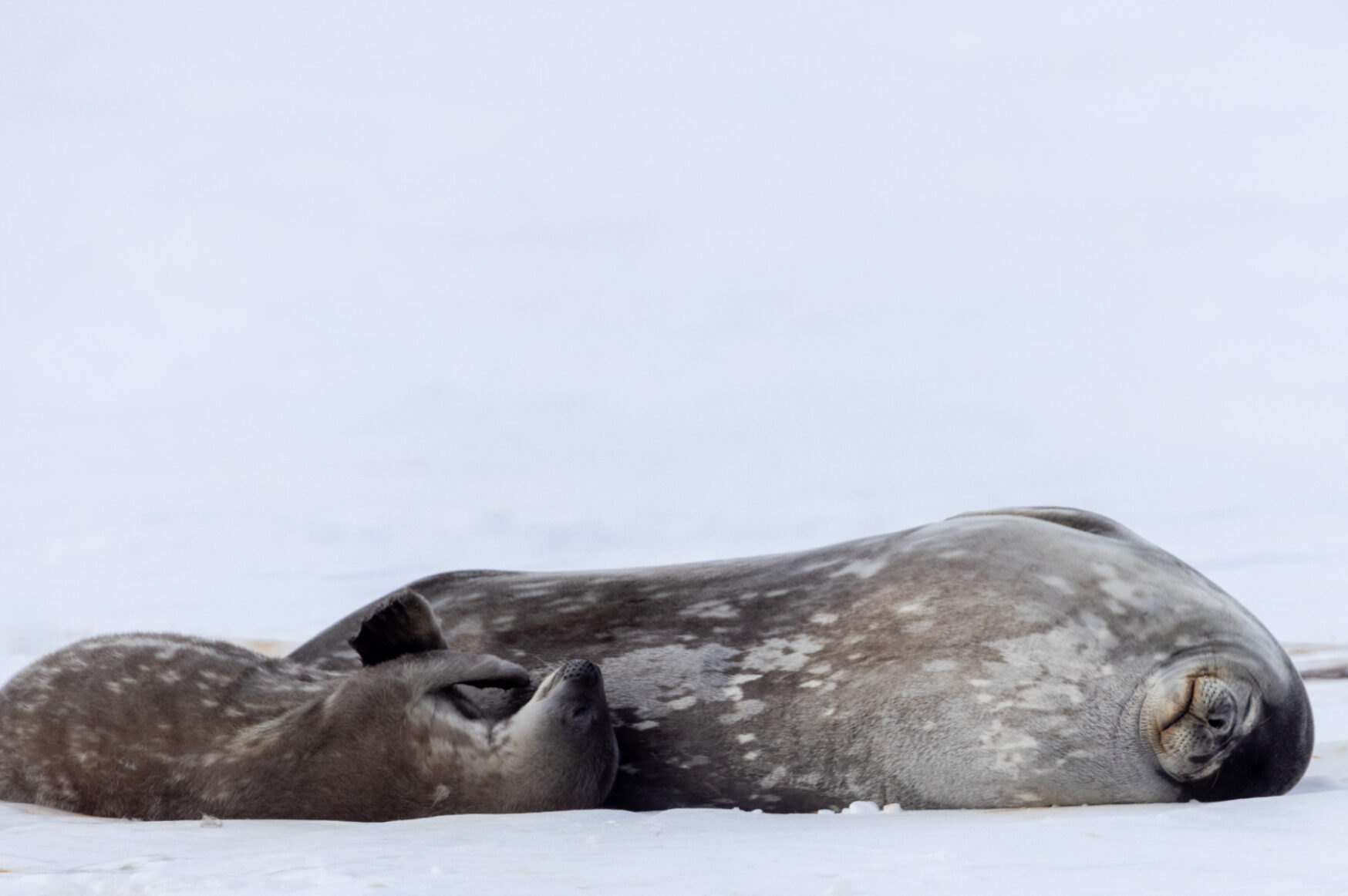 A Weddell seal and its mother. Photo: Anthony Powell

This research will focus on the fast ice of the Ross Sea (primarily the coast of Northern Victoria Land, though fast ice is present near Bay of Whales and at Cape Colbeck, in the western portion of the region), which is approximately 20,000 km2 of habitat during November.

The project will fill a paucity in the research by leveraging this Weddell seal population data (~2004-2017) throughout the Ross Sea to determine:

The results of this work will provide critical context that allows an understanding of population trends and advances our ability to gain a better understanding of how the ecosystem functions, especially prior to protection. The methods allow for a systematic way forward in monitoring species change, and eventually evaluating the effectiveness of the MPA.

These results will ultimately feed into a larger, international collaboration. Dr LaRue has a timely opportunity to collaborate on a 3-year NASA- funded project (2020-2023) entitled “Antarctic marine predators in a dynamic climate” which aims to improve understanding of climate variability and its impact on Antarctic marine predators at several spatial scales, around the entirety of the continent. 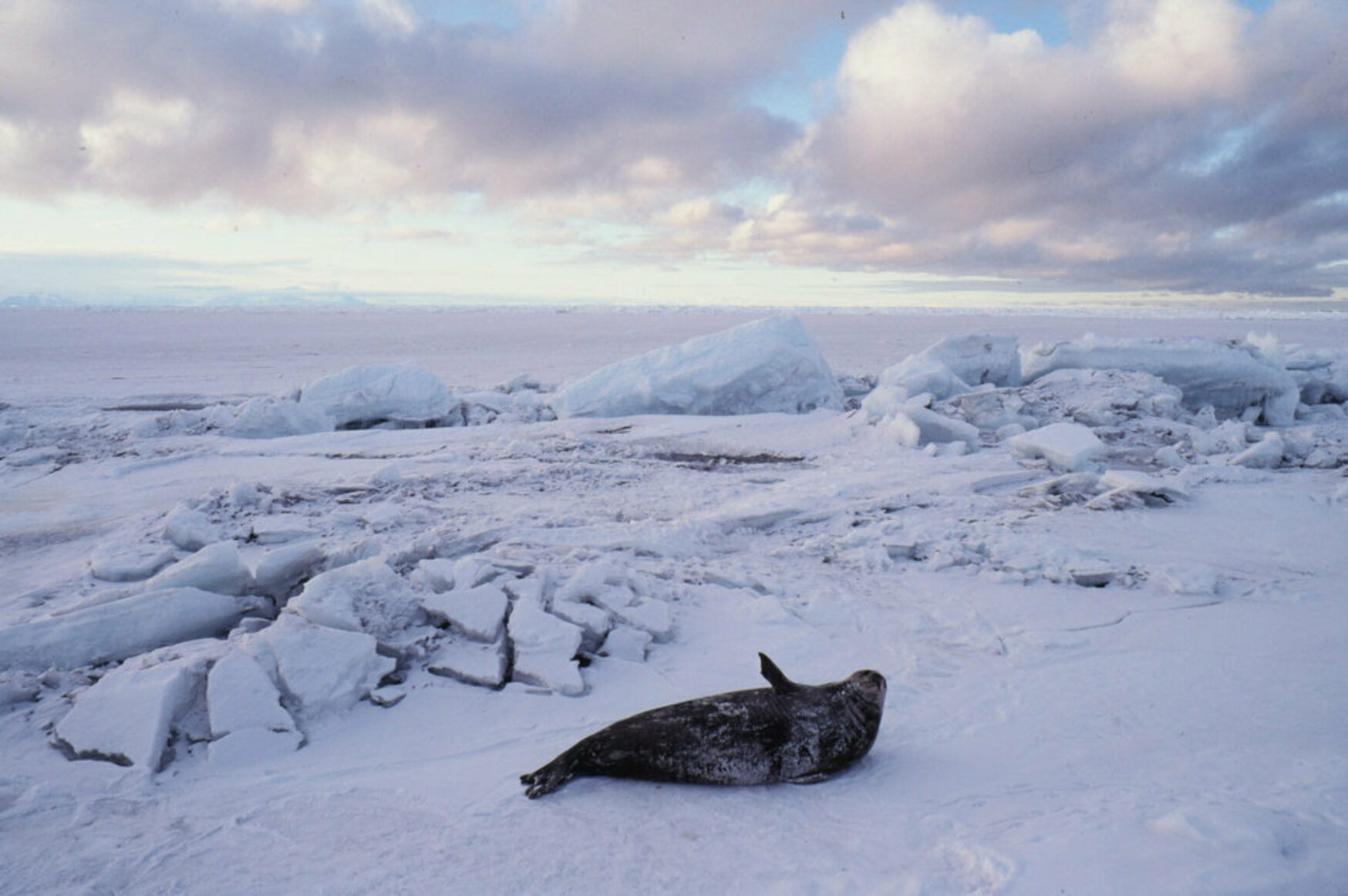 A Weddell seal on the sea ice. Photo: Craig Potton