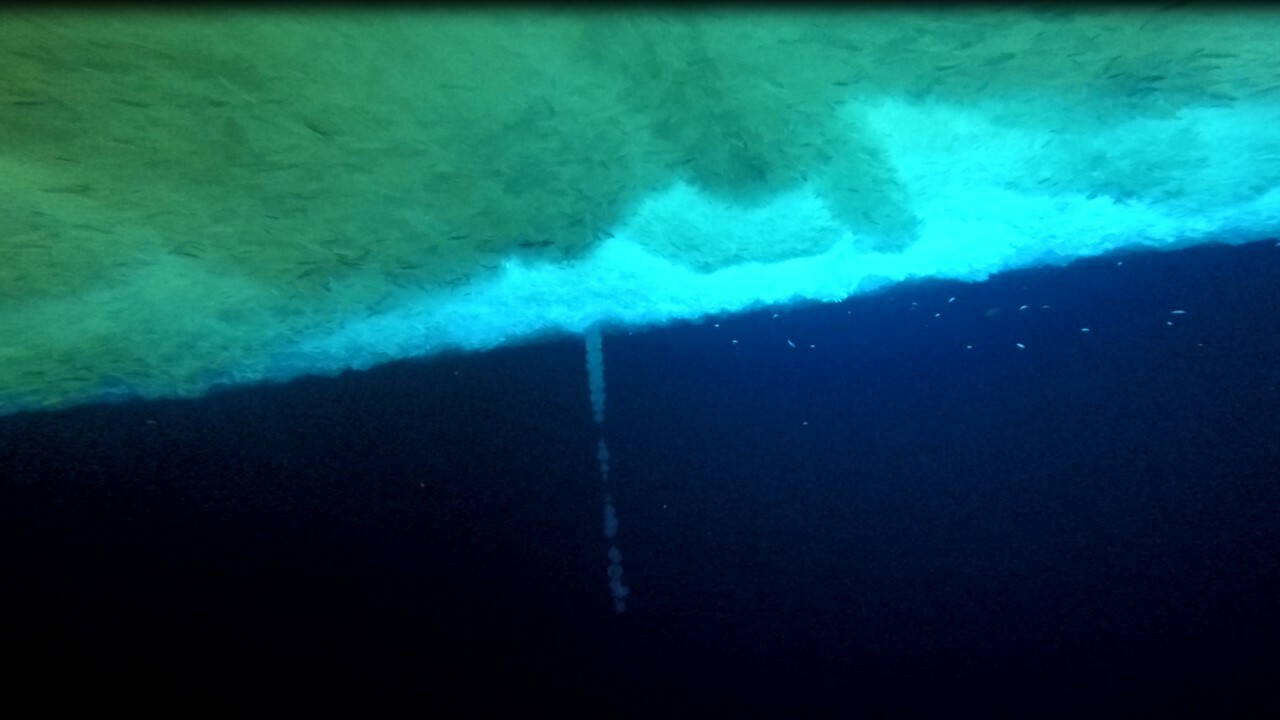 A key component of marine food webs in the Antarctic is the ecosystem that develops seasonally under sea ice, including within the complex matrix of platelet ice. Understanding the physical environment of marginal sea ice, as well as the biological components that drive its productivity, is essential for developing useful models of ecosystem dynamics for the broader Ross Sea Region, with the ability to capture and predict changes in a warmer world. We have developed a new device to quantitatively sample the biota associated with sea ice and platelet ice habitats.

Sub-ice platelet layers refer to loosely consolidated accumulations of disc-shaped ice crystals that form in supercooled water and buoyantly accrete beneath sea ice. For more information on these environments, read our article on platelet ice: a unique and fragile Antarctic ecosystem.

The sympagic community includes the sea ice microbial community and zooplankton. Platelet ice creates a unique habitat and protective environment for algae and bacteria, and offers a sheltered nursery for Antarctic fish eggs and hatchlings.

This ecosystem could be hugely important for underpinning the Ross Sea marine food web, but there is much we do not understand about it and how it will be affected by a warming sea. Platelet ice is fragile and requires very specific conditions to form, and is potentially vulnerable to small shifts in the climate. Loss or reduction of platelet ice could be devastating for Ross Sea marine ecosystems.

There are significant gaps in our knowledge about the causal relationships between the physical environment provided by sub-ice platelet layers and the absence or abundance of associated biology, and how the system varies in time and space. The sympagic community is poorly understood, in part due to the difficulty of quantitative sampling.

To study this unique environment, and develop a holistic understanding of how the physical and biological systems interact and depend on each other, requires a coordinated effort. Critical observations include:

It is this last point which is the focus for our new, bespoke sampling system. 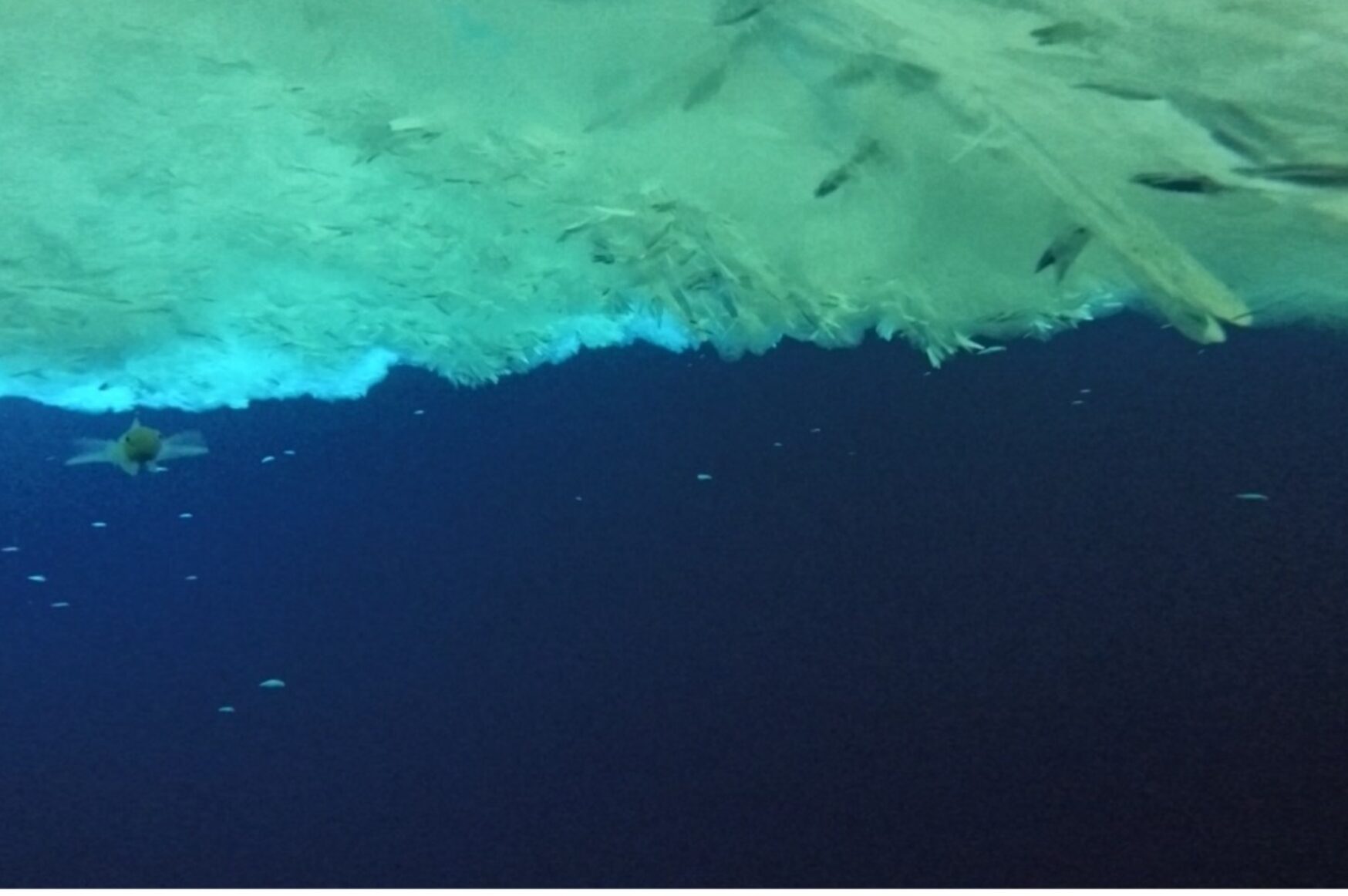 How does the sympagic community sampler work?

The sympagic community sampler (a top-down coring and sampling system) is not available for purchase. Our team are designing and building the novel sampling system, with the goal of capturing coarse profiles of sub-ice platelet layers plus the interstitial fluid and incorporated biology.

Our new sampling technique will capture (initially, in consecutive sections approximately 50 cm long) the platelet ice layers along with the water and biology that fills the gaps between the ice crystals. This approach maintains the biological profile of the platelet layers, so that the algae, bacteria, crustacea and fish that are living between the platelets can be studied in their habitat.

The basic sampling procedure, which will be refined after testing, is to:

The sampler is a field-portable system, designed for the harsh Antarctic environment, which is instrumented (fluorometers, camera) and has gear for collecting biological specimens (e.g. suction, netting). It works a bit like an apple corer, plunging into the ice without any spin, allowing platelet ice layers to be captured along with the water that fills the gaps between the ice crystals – the aim being to prevent the structure from collapsing and maintain the platelet layers.

The images below show the drilling apparatus being tested with the ice core drilled and ready to be lifted, before being examined. Image credits: Natalie Robinson, NIWA.

When will it be deployed?

Field trials of the sympagic community sampler commenced in the 2021-22 Antarctic field season. This included testing the system, collecting and processing a limited number of samples, and returning the samples to New Zealand for further analysis.

Following further development and refinement of the sampling technique,
two on-ice ‘science’ field seasons will follow (2022-23 and 2023-24), using a stratified sampling approach along gradients up to two metres of platelet ice in McMurdo Sound and Terra Nova Bay. Site selection will be informed by current and continuing efforts to understand the underlying physical oceanography (spatial and temporal variability of ice shelf meltwater) of McMurdo Sound.

How will we analyse and use the data?

Some analysis would take place in the field, and some samples would be brought back to New Zealand for analysis.

Sea ice cores and known-volume samples of the sub-ice platelet layers will be analysed for incorporated biomass, with the goal of achieving stratified and quantitative sampling of the divergent taxa (ranging from ice algae to demersal fish) associated with sea ice habitats. Cores will also be analysed for physical characteristics, such as structure, salinity and growth rates, to determine timeframes of biological incorporation, for example.

Relationships between parameters describing the physical environment and associated biology (e.g. ice-associated algae, and larval or juvenile stages of key species such as silverfish, krill, polychaetes, and molluscs) will be tested and quantified using appropriate statistical techniques.

These relationships will be extended, via observed sub-ice platelet layer distribution and polynya dynamics for regional oceanographic circulation (aligned with Project 4: Sea Ice and Carbon Cycle Feedbacks), and future projections of meltwater distribution (from Project 1: Ice Dynamics and Project 2: Ocean Mechanics), to assess the role of platelet ice for supporting the ecosystem of McMurdo Sound and the wider Ross Sea (in collaboration with Project 3: Ross Sea Ecosystems).