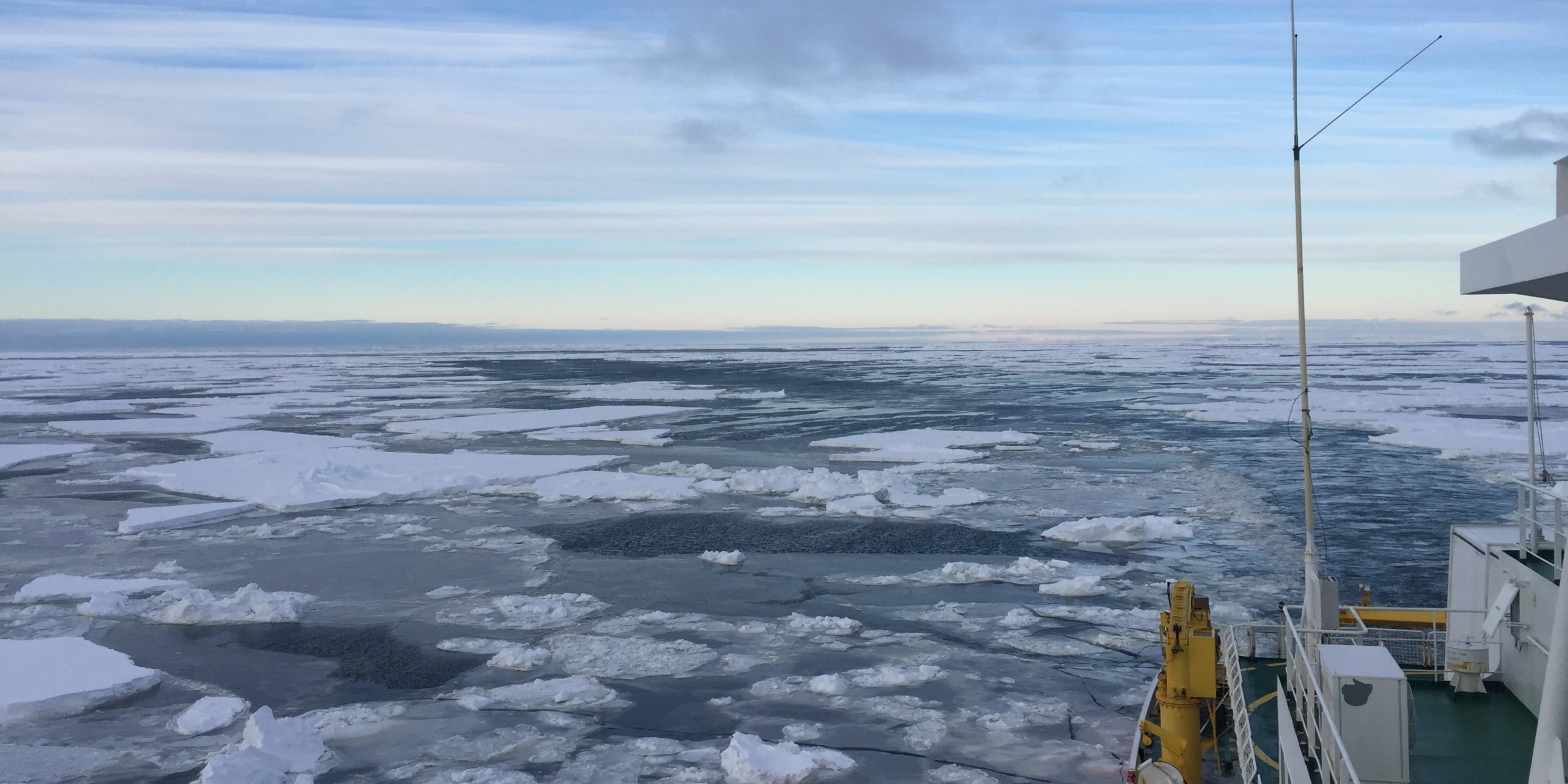 The ice, ocean and atmosphere around Antarctica comprise a very important part of our planet’s climate system. The ocean's large heat capacity means it stores energy and transports heat on diurnal to centennial and longer timescales. This is critical as the ocean forms the interface between a changing Antarctica and the rest of the planet. Antarctica’s impact largely comes through the oceanic transport of heat and other associated materials, such as salt, carbon dioxide, oxygen and nutrients.

The Antarctic Science Platform’s Project 2 – Antarctic Ocean Mechanics investigates the complexity of the Ross Sea ocean-atmosphere system, with a team of researchers exploring:

The Ross Sea system is bounded by challenging boundary conditions, as it sits between the largest, most energetic ocean current on the Planet, the Antarctic Circumpolar Current, and the largest (by area) ice shelf on the planet, the Ross Ice Shelf. This project’s particular focus is on atmospheric and oceanic processes that influence the import of warm waters toward Antarctica to the vulnerable underbelly of ice shelves, and on the production and northward export of cold waters. The role of the atmosphere and influence of westerlies, easterlies and katabatic flow on ocean conditions is being explored. New knowledge with improve our understanding of past and present ocean conditions - currents, polynya formation, sea ice and dispersion of meltwater - and how this may change as the world warms. 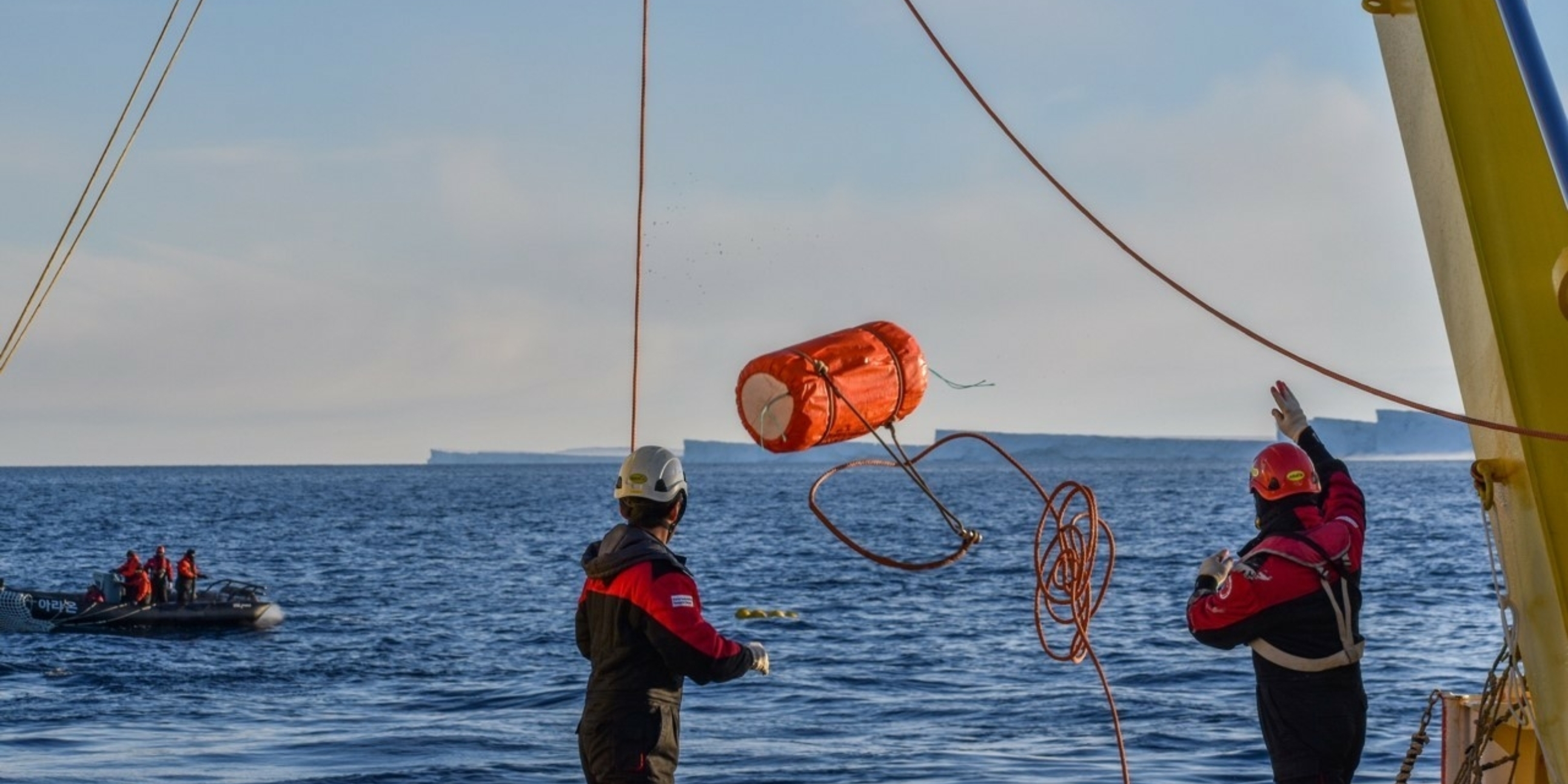 Collaboration is critical to coordinate efforts to cover the vast stretch of Southern Ocean. Photo: Supplied

Exciting advances over the 21/22 year include:

Our understanding of how water masses get on and off the shelf has advanced, with an evolving focus on tidal modulation showing how it is critical to think of exchange rather than unidirectional paths. Multi-faceted approaches have started to bring proxy-based paleoceanographic reconstructions together with global past-climate modelling and present-day process observations, providing insight into questions like just how anomalous the observed modern Ross Sea freshening is in the context of natural variability.

New and legacy cores from IODP Expeditions continue to facilitate new insights into connectivity between ice sheet meltwater, sea ice, atmospheric/oceanic circulation and biological productivity. We have started reconstructing Southern Ocean carbon cycle dynamics and exploring links to Antarctic climate, using material from IODP Expedition 383. We documented ocean temperature change over the past 50 Million years, using a novel tool to calibrate GDGT[MC1] proxies (useful biomarkers for bacteria and archaea in the geological record) to ocean temperature, and ground-truthing this against qualitative measurement of ocean and atmospheric temperatures.

At the ice shelf/polynya scale we have made advances in the quantification of eddy dynamics at the edge of an ice shelf and how energy dissipation and diffusivity within the eddy can affect heat transfer into the cavity.

Borehole oceanography continues in collaboration with Project 1 with substantial analysis and communications activity. 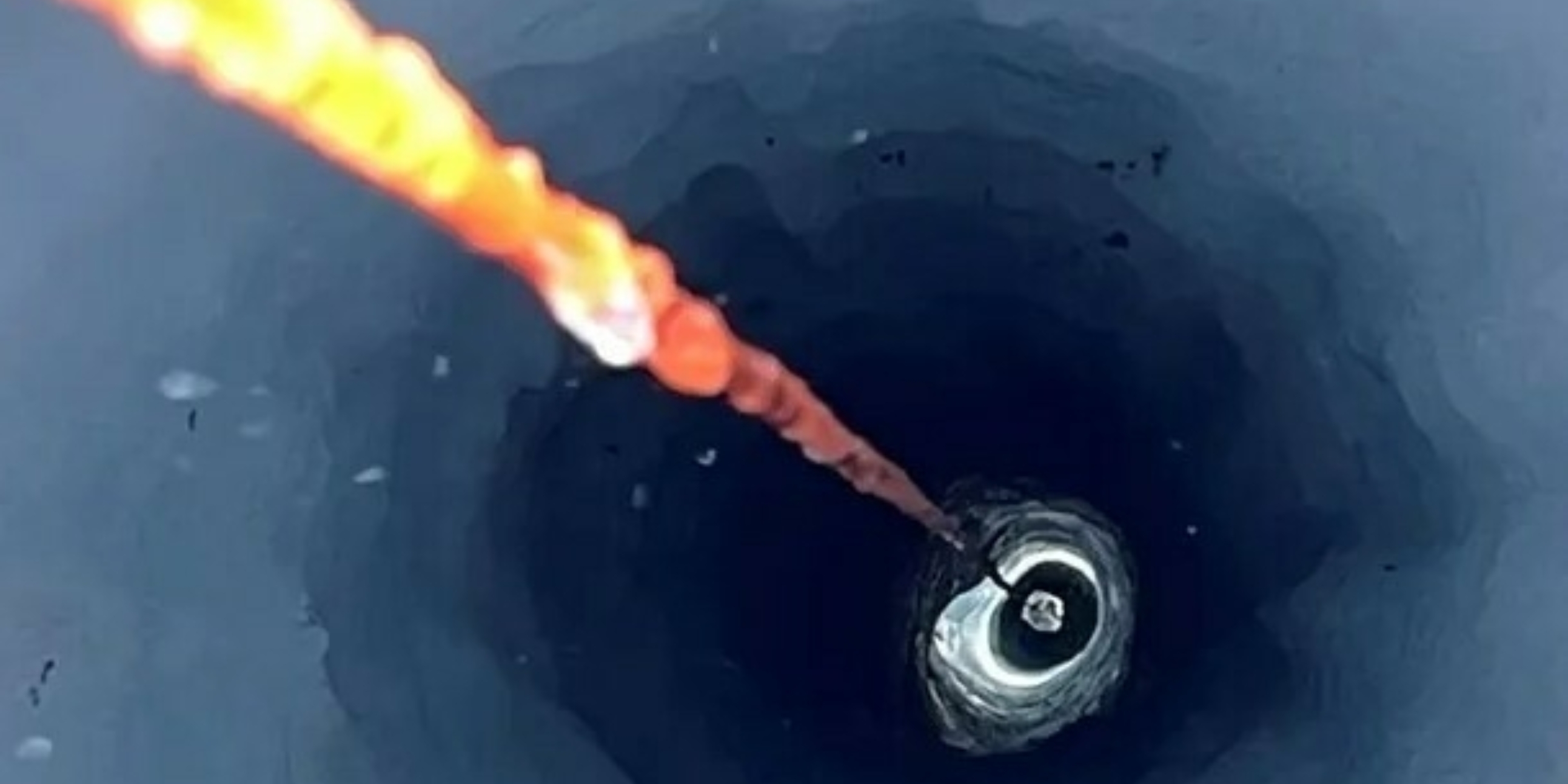 New Zealand moorings near the Drygalski Ice Tongue in Terra Nova Bay were recovered by the Korean Icebreaker, the IBRV Araon. The new hydrographic data – measuring temperature, salinity and currents – help us to investigate the role of the Drygalski Ice Tongue on the drivers and response of the Terra Nova Bay polynya. Temperature and salinity are observed to be consistent north and south of the ice tongue.

Twelve ApRES sites were deployed on the Ross Ice Shelf and are telemetering daily data. ApRES (Autonomous phase-sensitive Radio Echo Sounder) is a radar system designed to measure vertical ice motion, and it will yield a time series of ice shelf thickness change and generate information about derived melting rate.

A fisheries vessel deployed two Argo drifting robotic floats were deployed in coastal waters to help us learn more about the environment. These robots can control the depth they float at and move up and down measuring temperature, salinity and average currents. Once deployed, they stay in the region taking measurements for many years. Every now and then they pop to the surface and relay their data back via satellite. 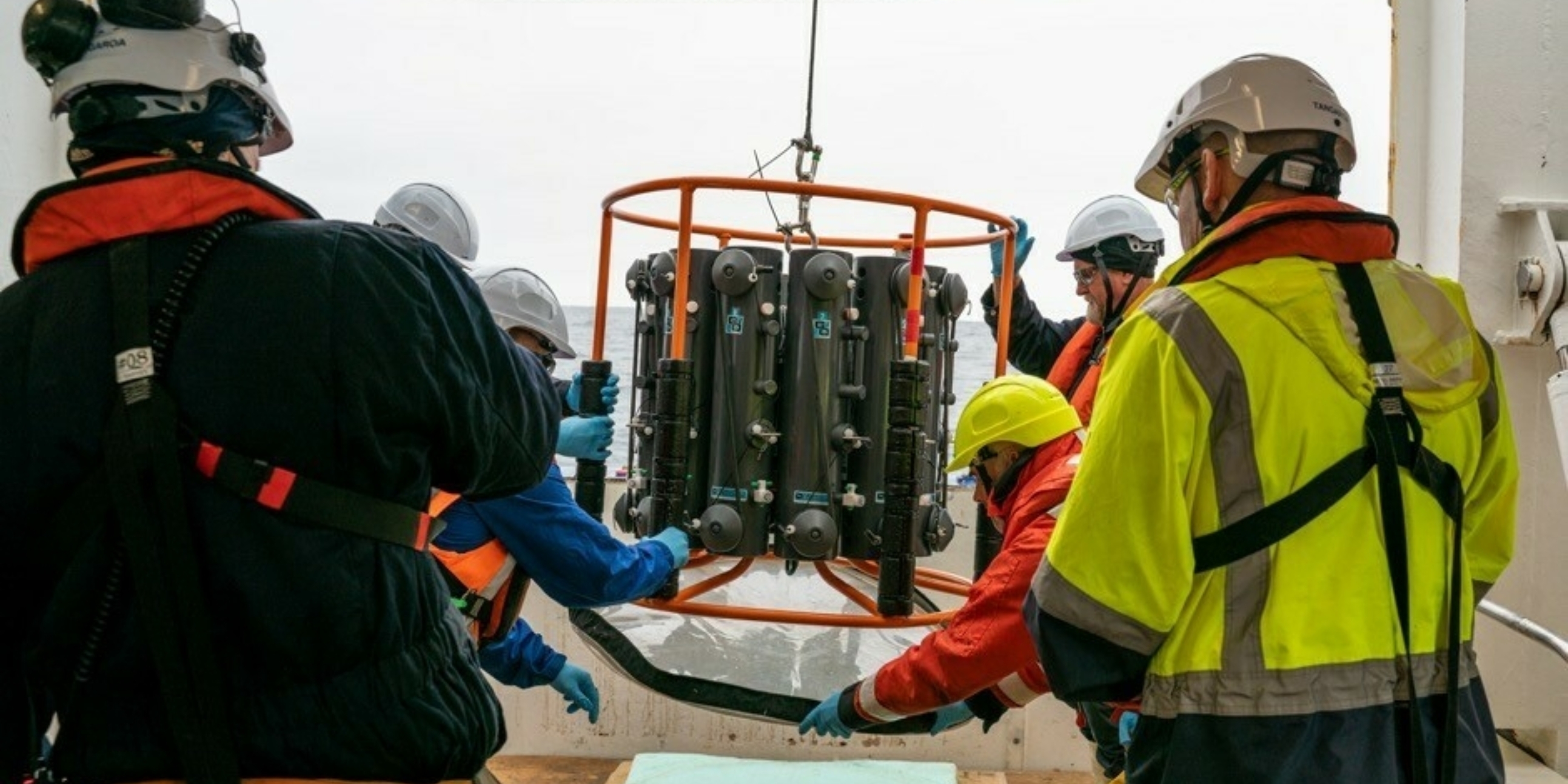 Analytical advances in capability for Southern Ocean paleoclimate research has advanced with the completion of a new organic geochemistry lab at the University of Otago. The cross-platform Fresh Water Working Group continues to make excellent progress integrating paleo and instrumental records with model-based projections. And novel radiocarbon dating techniques (Ramped Pyrox and Py-GC-MS) continue to yield new insights into marine sedimentary chronologies in the Ross Sea, and ensure that the paleoclimate records generated through the Platform research have robust age control.

The approved funding for two aligned Opportunity Fund projects will advance ocean mechanics research. Katie Maier’s deployment of a trap and instrumented mooring in Wilson Canyon will study off-shelf sediment transport and improve proxy understanding by tightening the connection between the instrumental record and paleoenvironmental reconstructions. Sarah Seabrook’s study of a network of lakes and rivers hidden deep beneath the Antarctic ice will inform the occurrence and implications of submarine groundwater discharge for coastal processes, like nutrient cycling and ocean circulation.

Substantial effort goes into continued and enhanced international collaboration. Key areas for alignment of Southern Ocean research include the Ross Sea region Marine Protected Area, deployment of Argo/BioArgo floats, use of autonomous vehicles, acoustics and marine mammals, multi-beam and sub-bottom data, eDNA, sediment trap sampling and more. Collaboration between New Zealand and other National Antarctic Programmes, as well as domestic collaboration with NZ defence and NZ-flagged fishing vessels, is critical to coordinate efforts to cover the vast stretch of Southern Ocean between Aotearoa and the Ross Sea region. We look forward to early 2023 when the RV Tangaroa will be deployed into the Southern Ocean, advancing our research, and enabling us to recover and deploy instrumentation for international colleagues.