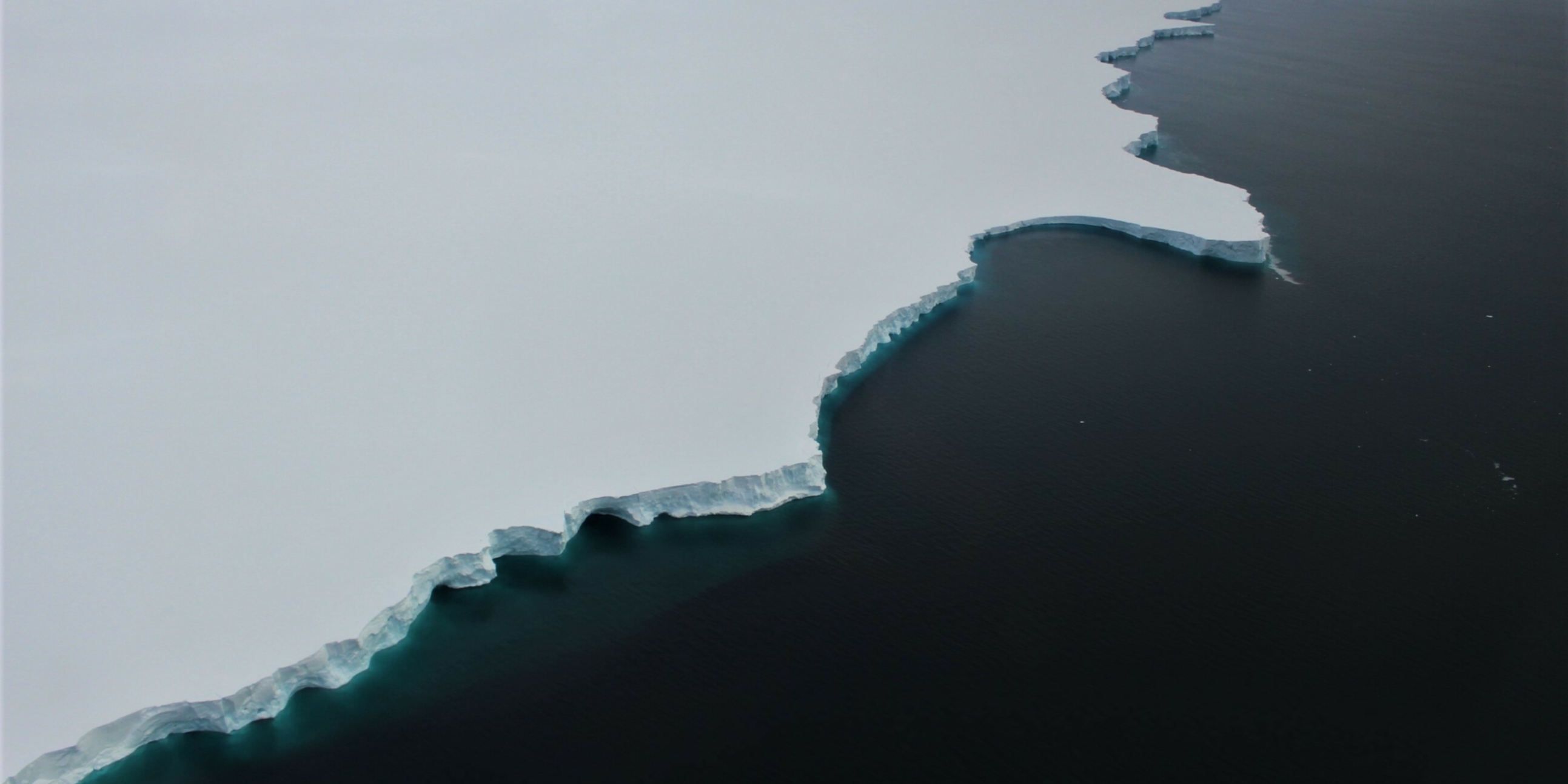 Changes in the Ross Sea and the future of carbon storage

There is evidence all around us that our climate is changing – highest summer temperatures on record, marine heatwaves and significant rain events have all been recorded in New Zealand. Without the Southern Ocean, the changes in the climate that we are experiencing would likely be much more extreme.

This is because the Southern Ocean is a big contributor to ‘mopping up’ anthropogenic CO2 emissions. It absorbs some of the carbon we are releasing, as well as the majority of the excess heat that is being generated by climate change. But acting as a ‘sink’ for this excess heat and carbon dioxide is having an effect on the ocean and the ecosystems it supports.

Waters around parts of Antarctica are warming significantly faster than the global ocean. Off the Western Antarctic Peninsula sea temperatures have warmed by over 1°C (and air temperatures by 3°C) since the 1950s. This is the fastest increase on the planet and about five times the global average rate. This is extremely significant for Antarctica: Antarctic seas are very stable and cold, and temperatures do not vary much with changing seasons. To highlight this, we saw an extraordinary Antarctic heatwave in February 2022 over East Antarctica when air temperatures were 30°C warmer than normal. At the same time, summer minimum sea ice cover was the lowest since the satellite observation era began.

In the coastal Ross Sea, sea temperatures remain well below 1°C, even in the height of summer. The organisms in these waters have adapted to living in these extremely cold, stable conditions and have not experienced temperatures outside of this range for millions of years. For some, their very existence could be threatened by a rapidly warming ocean (figure 1).

Another important way the Southern Ocean is mitigating climate change is by acting as a carbon sink. It absorbs around 10% of the atmospheric carbon dioxide we produce, with all the world’s oceans together taking up around one quarter of these emissions. This is helping slow down the rate of climate change, by reducing how quickly CO2 builds up in the atmosphere. Unfortunately, when CO2 dissolves in seawater the ocean becomes more acidic. 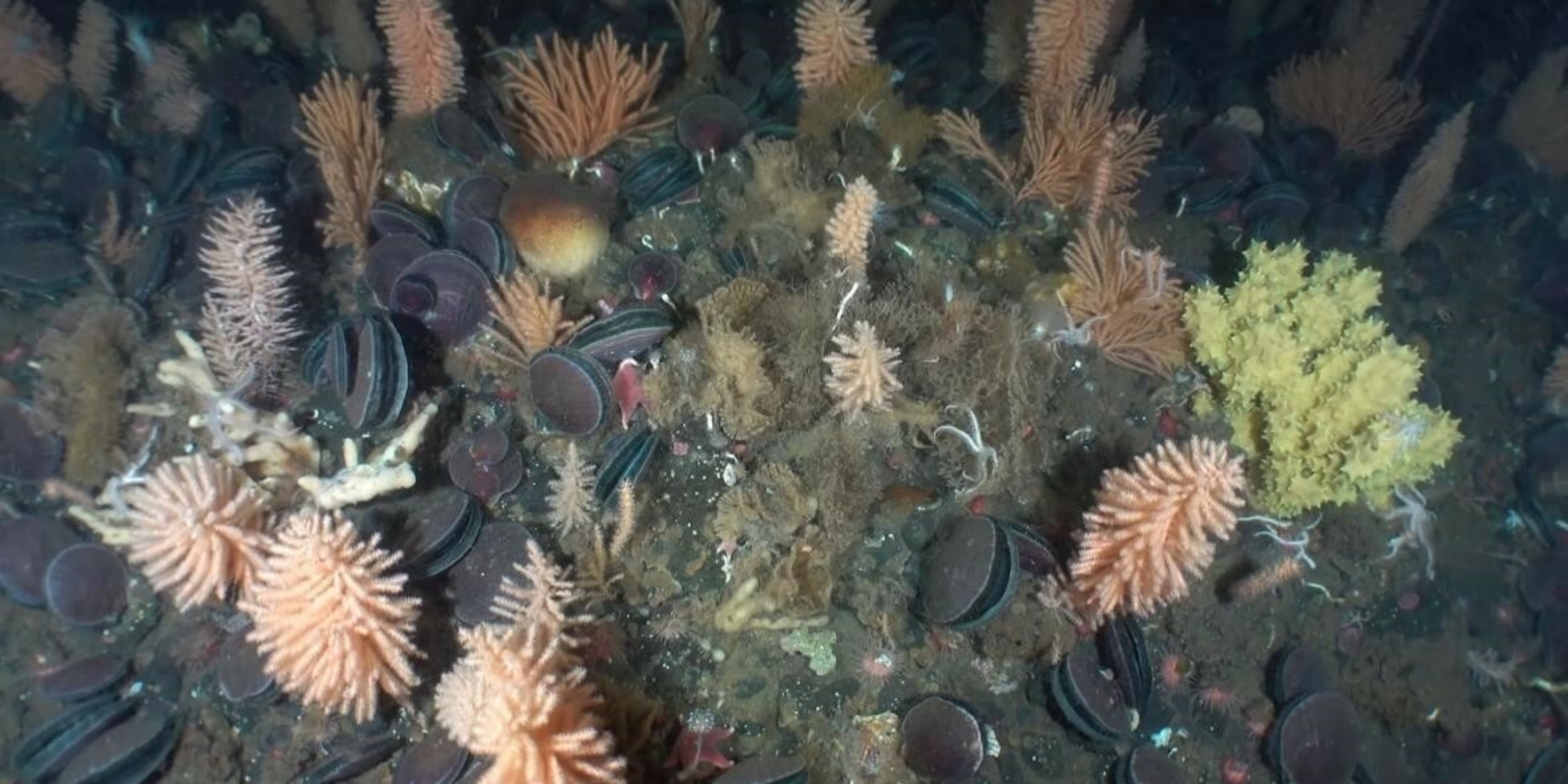 Ocean acidification can negatively affect some species, and their early life stages are generally most vulnerable. A key example is organisms that use carbonate for their shells or skeletons (e.g. shellfish, echinoderms, corals). These carbonate structures can dissolve, be harder to build, or not develop properly in more acidic water. Other marine organisms rely on maintaining a delicate acid-base balance of their internal fluids with the surrounding seawater, which is disrupted if the normal acidity level of their environment changes.

There is potential for some species to acclimatise to these new conditions over time, such as by making thicker shells, or by moving from very deep to shallower waters where seawater conditions are less acidic. Understanding the types of animals that will (and will not) be impacted by acidification is key to understanding a future Antarctic ocean (figure 2).

Diverse seafloor communities facilitate the capture and storage of carbon

There are various ways in which carbon is naturally captured, through biological, chemical or physical processes. The marine biological pump describes a biological process whereby dissolved carbon is used by phytoplankton, tiny marine plants at the base of the marine food web, during photosynthesis. Phytoplankton then die or are consumed by other organisms that incorporate the carbon into their tissues and skeletons. These also eventually die, and can be transported down to the deep sea where they are buried and become locked up in muddy marine sediments. At each stage the carbon can be processed and released back into the ocean as CO2 (by respiration, or as it is degraded by bacteria), or become buried in the seafloor and locked away for long periods of time.

The more functionally diverse an ecosystem is, or the more different types of organisms that live there, the more carbon can be contained (locked) within it. There are several ways in which climate change in the Ross Sea might influence the biological pump. This has implications for how much carbon is sequestered in the Southern Ocean (figure 3). 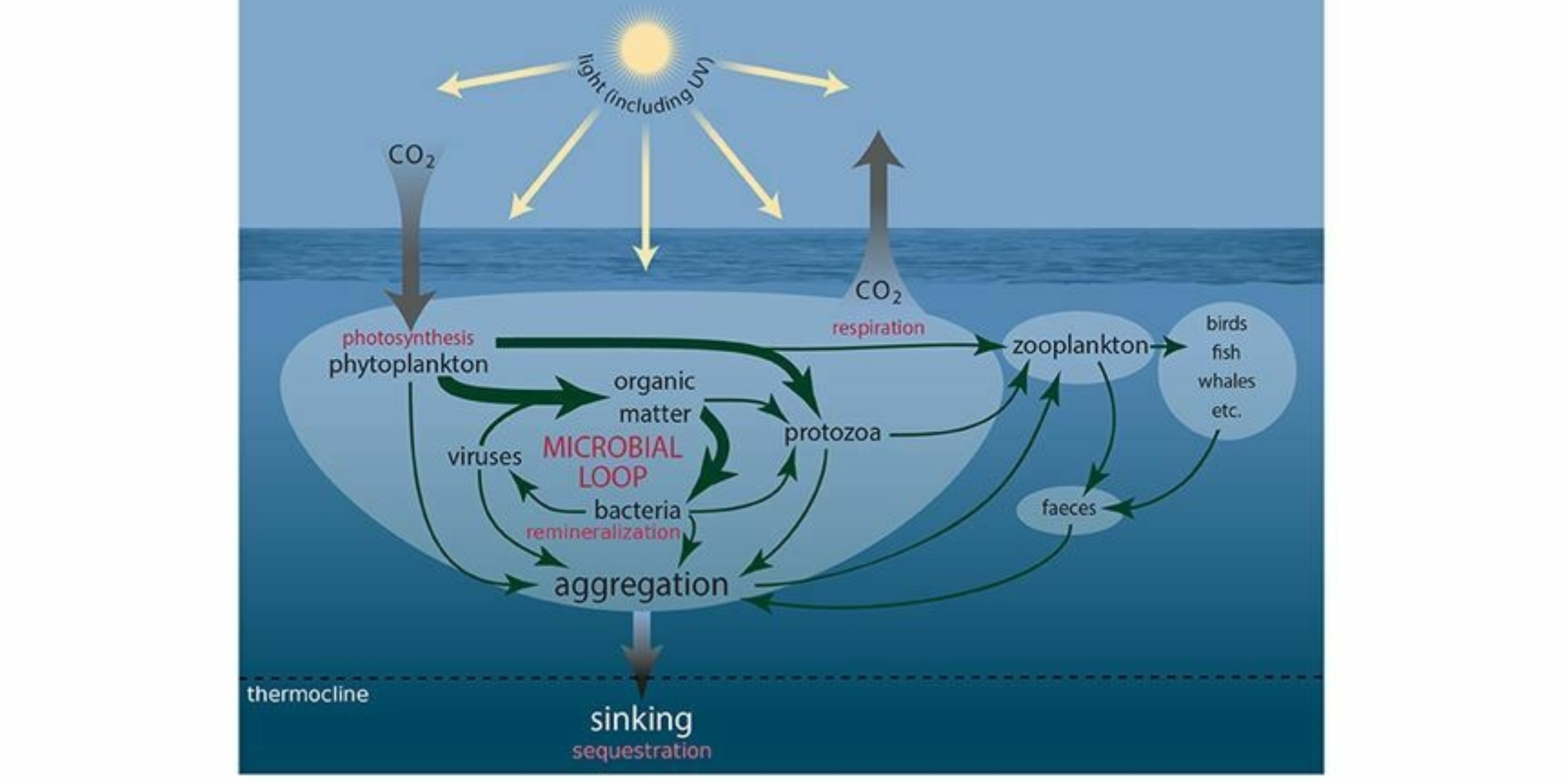 Figure 3: A schematic of the marine biological pump. From Deppeler and Davidson (2017).

Most importantly, reductions in sea ice cover as the climate warms mean an extended season for primary productivity. Less sea ice means more light penetrates the ocean surface, allowing phytoplankton and other plants (seafloor macroalgae and microscopic algae living in coastal sediments) to be photosynthetically active for longer. In fact, coastal research off the Antarctic Peninsula suggests that marine carbon sequestration to the seafloor may increase by as much as 2.9 million tonnes of carbon per year. Sea ice in this region has reduced in recent decades and phytoplankton production has increased by up to 30%.

This research also demonstrates the value of shallow coastal areas to the marine biological pump, due to their naturally very high productivity. The Ross Sea, the most productive region in the Antarctic, has a diverse and abundant seafloor community dominated by suspension feeders (such as sponges, anemones and shellfish) and carbonate producers (such as shellfish and kina) and there is potential for it to become an even more significant carbon sink.

The Southern Ocean carbon pump is currently an important moderator of climate change, but understanding how it will respond in the future is not easy. The new knowledge we are generating in the Antarctic Science Platform will help determine the relative importance of the different changes we are seeing, including reductions in sea ice cover, warmer seas, productivity and ocean acidification. Our work in the Ross Sea will ultimately help to reduce uncertainties around how ecosystems will function in the future, and the ongoing role of the Antarctic region for carbon storage.